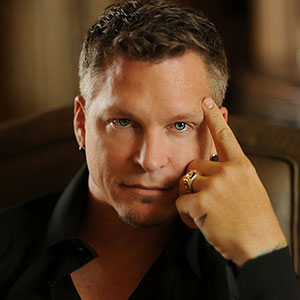 In December, Adamas One, a newly formed Nevada-based company, agreed to purchase the assets of lab-grown diamond producer Scio Diamond, the public company that began life as Apollo Diamond. (The deal remains subject to shareholder approval.) The man behind Adamas One is John “Jay” Grdina—who is, suffice it to say, a very interesting person to Google.

As Wikipedia will tell you, he started as both an adult film actor and director before becoming a businessman. His original venture, a site built around then-wife Jenna Jameson, was purchased by Playboy Enterprises in 2006. He worked at Playboy for six years, eventually becoming senior vice president. He then served as CEO of hangover cure NoHo and recently founded Ammo Inc., which sells ammunition primarily for the sporting industry.

Here, he talks about why he bought Scio, what he intends to do with it, and his thoughts on lab-grown diamonds.

JCK: Why did you decide to buy Scio’s assets?

Jay Grdina: I always look for emerging markets. You’re usually either five years too early or five years too late. One of the great things about Scio and before that, Apollo, is they were one of the first in this space.

I think it’s a great market. It’s eco-friendly, which is a big attraction for the millennials. I think there is a ton of potential in the space.

When the deal goes through, what will be your next move?

We hope to have everything back and running at [Scio’s headquarters in Greenville,] South Carolina. We are already bringing back staff, and we’re getting some new reactors. Our job is to bring 25 of the new reactors and then use the reactors we have and then go to market. We have the ability to do about 4,000–5,000 finished carats a month.

Obviously, the lab-grown diamond market has gotten extremely crowded. What do you think will set you apart?

The way we view the market, everyone is working on technology that we have a patent on. As a company we have way surpassed the current limitations that the other growers have. We can do larger stones, we can do E, F, G in color, no problem. We can easily do VVS.

When did Scio develop that? And why didn’t they use it?

Scio has always had the ability to do it. I don’t want to get into their whole history, but they didn’t have the funding to go into the marketplace strongly. So their constant focus was [research and development], because they could get funding for that. As far as R & D, they are very far advanced. And now I’m coming in with the funding. I’m a brand guy. I build companies. I build public companies.

Part of the deal involves a share swap. You intend to take the company public with a minimum $2 per share resale price.

Scio is working on its proxy statement and will cover a lot of that. We are planning to list on a major exchange like NASDAQ or NYSE. To get on those exchanges, your minimum has to be $4 a share. We should be able to meet all those qualifications pretty easily.

You mentioned that you feel a lot of people are using Scio’s original CVD patents. Do you expect to pursue that avenue?

That comes with time and expense. We will start looking at that. That is a subsequent plan. We have another group that is looking to actively do just that.

We want to play nice with everybody. If you are using our patent technology, just be a big boy and come to the table, and we’ll work out what the license is going forward.

Do you expect to remain in Greenville, S.C.?

Our corporate headquarters will be in Scottsdale, Ariz., which is where I’m based. I really like the Greenville area. I think that’s a good place to start. We’ll see where it goes. We are going to use the current senior management team. [Current Scio CEO] Gerry McGuire will come aboard as chief operating officer, that’s really where he’s strongest. We will be continuing with our plant managers.

Does Scio have any inventory?

Our group can’t wait to get this deal closed, then it’s time to get to work. There’s nothing  better than to get a company that has been in mothballs and bring it back.

Robert Linares was the scientist who came up with the technology that led to Apollo. Will he be involved?

He’ll be available for future consulting.

You obviously have had a wildly diverse background.

It’s interesting. (Laughs.) I’ve worked on NoHo, Playboy, had some amazing successes, and some things that just turned out not so well. It’s always fun, it’s always interesting. The ammo company has been on fire.

What is your current status as far as your other ventures?

I just resigned from Ammo Inc. Scio will be my sole focus.

When you look at the lab-grown market, what do you see as its strengths and weaknesses?

I think there is a great push now. People need to maintain their price structure. We want to make sure that everyone looks at this as a gemstone and goes with their best foot forward. We see some over-manufacturing of low-quality product, but we see that in every industry.

Do you expect to sell wholesale or retail?

That’s always a no-no, going direct. We are going to be wholesale. There is enough food on the plate for everyone to eat from. We want to give [retailers] a product they can sell.

As far as branding, what will make yours distinct?

Our brand will be at the high end—larger, high-end diamonds. That is our goal. I always look at every company as, we want to be the best. I don’t care what anyone else is doing.

We are going to do a big push. I’m a marketing guy. So watch out, you’ll see.