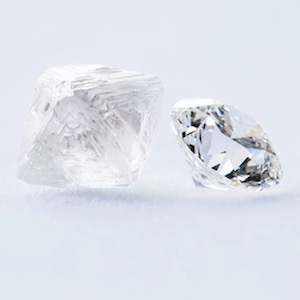 The Diamond Producers Association (DPA) has released a report on the ecological and social impact of the diamond mining sector that seemingly refutes lab-grown diamond companies’ claims that their product has less environmental impact than earth-mined stones.

The report, “The Socioeconomic and Environmental Impact of Large-Scale Diamond Mining,” was conducted by Trucost ESG Analysis, part of S&P Global, and can be downloaded here. It studied members of the Diamond Producers Association—the seven major miners that comprise 75 percent of world production.

Libby Bernick, managing director and global head of Trucost Corporate Business at S&P Global, tells JCK her group was allowed to do an independent study, which was conducted over two years and gathered a “wealth of data.”

Bernick admitted that it was challenging to find reliable numbers on the lab-grown sector.

“We really tried to use the best available technical data that has been published,” she says. “We consulted information that was available in the press, in scientific literature, through other studies. We welcome any data that can be used to improve our research.”

“The more transparency, the better,” he says. “Right now there is data out there, but nothing that is verified with third parties. There is little information about their energy use and even less about their water use. To cool down a reactor the heat of the sun takes millions of gallons of water each year.”

While Trucost’s numbers look good for miners, Lieberherr admits they may change.

“When [lab-grown diamonds] are produced with renewable energy, the situation can change,” he says. “The reality is today, they are not.”

The International Grown Diamond Association did not respond to a request for comment by press time.

Jason Payne, CEO of Ada Diamonds, a lab-grown diamond company, says that while most man-made diamonds are not produced with renewable energy, the “next generation” of lab producers does plan to use it. He believes the leading producers of larger diamonds are more energy-efficient than the report portrays.

The Trucost report did find the main environmental impact associated with diamond mining to be greenhouse-gas emissions, followed by waste created by mining activities, then water pollution.

“We took a comprehensive view of all the environmental and social costs,” says Bernick. “We looked holistically at 20 different indicators. We did find that there is environmental impact associated with mining, as there is with any other activity.”

Lieberherr says the report does not “shy away” from saying that diamond mining has an environmental impact.

“It is clear that there are environmental impact and risks associated with mining,” he says. “We are trying to find ways to reduce energy use. We are not hiding behind carbon credits.”

Bernick says there were variations in impact among the DPA members but still thinks there is a place for overarching studies like this.

The numbers “represent a baseline for the Diamond Producers Association to track those programs and improve their performance over time,” she says.

As with other studies, the report found that, despite the environmental costs, diamond mining can have net positive impacts for local communities. It notes that DPA members created $16 billion in net impact and employed more than 77,000 people—comparable to Fortune 500 companies such as The Coca-Cola Co. and Hewlett Packard Enterprise.

They also pay high wages, at least for the countries where they operate—65 percent above the national average wage and almost five times the country living-wage benchmark.

This study looked only at members of the DPA, which means it doesn’t include 25 percent of world production. The small-scale sector, which comprises around 10–15 percent of gem production, is sometimes criticized for having lax environment controls and exploitative working conditions.

– Direct and indirect benefits associated with the payment of wages and other benefits to employees and contractors averaged $116 per polished carat.

– In 2016, DPA members reported a total of nine workplace fatalities and 118 lost-time-injury incidents. This compares favorably with other industrial sectors, the report said.

The DPA put a more consumer-friendly version of the report here, which was posted on its new website, Total Clarity.

The Federal Trade Commission has warned lab-grown diamond companies about using phrases such as eco-friendly, as it is hard to substantiate “all reasonable interpretations” of those claims.