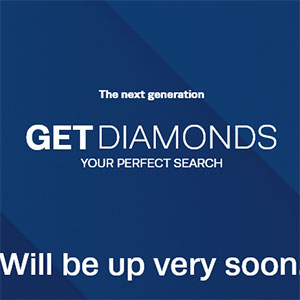 After hundreds of dealers pulled their goods from the RapNet platform, the World Federation of Diamond Bourses (WFDB) will debut its first online diamond trading exchange next week.

The exchange is based on the Israeli Diamond Institute’s Get Diamonds platform, which the WFDB agreed to purchase for $5,000 on Sunday. WFDB president Ernie Blom says the group has been overhauling the platform in time for next week’s debut.

“We have invested a lot of money in it,” he says. “It will be more user-friendly. It will be upgraded a bit in term of optics. I think you’ll see a lot of changes in the next month or so. [The upgrades] will be an ongoing process.”

The new exchange will be an independent nonprofit entity governed by a board that will include bourse presidents, top manufacturers, and independent experts.

“It will be a fully representative board from a cross section of the industry,” Blom says.

He adds that any profits made from the platform will be plowed back into the industry.

Yoram Dvash, president of the Israel Diamond Exchange, a WFDB-member bourse, says the platform will debut with 622,000 listings—and hopes that number will soon reach 800,000–900,000. He says that some big Indian companies have already agreed to come on board.

The exchange will initially be free, though it does eventually plan to charge members for the service. At first, it will be available only to members of WFDB bourses, but Blom says he hopes to open it up to the wider trade down the line.

Any disputes will be handled by the bourses’ arbitration process. “Arbitration will be a big part of this,” Blom says.

The WFDB initiative came about after hundreds of companies pulled their goods from RapNet, in protest of owner Martin Rapaport’s decision to lower prices in his March 20 price list. RapNet has traditionally been the trade’s dominant online diamond-trading platform.

“We don’t have anything against Rapaport,” says Dvash. “He is a friend of mine. But at the end of the day, the time when one man makes decisions for all the diamond industry is finished. It’s okay if diamond prices go down. But we want the market to decide.”

(Rapaport has said that “a team” makes decisions on the price sheet, and he recently said he’s forming an advisory board for his now-monthly list.)

Blom was a little more reluctant to link the new exchange to the RapNet controversy, saying the new exchange came about because of “requests from members who wanted an alternative to what’s out there.”

Dvash says the WFDB may develop its own price list, but Blom stresses no decisions have been made on that.

“The price list carries with it its own challenges, including legal ones,” he says. “We haven’t even ventured down that road yet.”

(Image via: Get Diamonds)