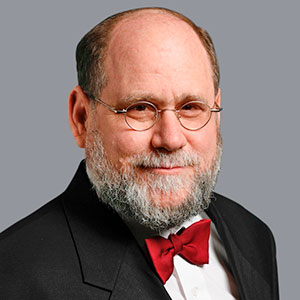 This story has been updated to note that the list has been suspended.

Steep diamond price drops on the March 20 Rapaport Price List have caused widespread anger in the trade—leading publisher Martin Rapaport (pictured) to suspend the list’s publication until May.

Last Thursday’s price list was a “sea of bold”—its method of indicating a price change. The price cuts hit almost every diamond category, with the drops ranging from 5% to 9% on both rounds and fancies. The average drop was generally estimated at about 7%.

In a statement released Friday, Rapaport said that while he understands why the trade dislikes the decreases, they reflect the current market.

“It is vital that the Rapaport Price List reflects the realities of the market even when such realities are not pleasant or welcome,” he said. “We cannot protect the market from price changes and must maintain the credibility of our price information.”

He noted that his list is “used by buyers and not just sellers.

“We cannot misrepresent prices for the benefit of sellers and we must not mislead buyers,” he wrote. “While many in the diamond trade wish to maintain inventory values, this is not possible in the current environment.”

That did little to mollify diamond companies, who over the weekend staged a protest on social media, declaring they were pulling their inventory from Rapaport’s online trading network, RapNet.

A screenshot sent to JCK shows that, on Sunday night, RapNet listed $4.1 billion in inventory. The online service has traditionally claimed $8 billion in listings.

Industry leaders such as Diamond Manufacturers and Importers Association president Ronnie Vanderlinden said in an email to members Sunday that the industry should not recognize the March 20 list.

“If Rapaport recognizes that there has been a virtual suspension of all business activity worldwide, what then is the basis for him to reduce prices in a vacuum of zero trades?” wrote Vanderlinden.

He further urged Rapaport to announce “a suspension of his price list until this crisis is behind us.”

On Monday, Rapaport offered to do exactly that. He sent out an email asking members to vote on whether he should suspend the weekly price list until May 1. On Tuesday, he announced that the list’s publication would be halted for the next five weeks, after RapNet members voted 72% to 28% in favor of suspension.

“Please note, in our 42-year history we have never suspended the price list,” he said in a statement announcing the vote. “This is an extraordinary step we are taking as an act of solidarity with the trade.”

He added he “reject[s] the idea that prices have not declined and requests that we recall the March 20 price list.” Still, he said, “I am sorry about the angst and anger that the diamond trade is experiencing and pray that the crisis will pass in the near future.”

While the offer to suspend publication may be unprecedented, this furor is not unfamiliar territory for Rapaport. In his four decades publishing his influential list, he has faced numerous complaints and revolts—and in the 1980s, even death threats—over his list.