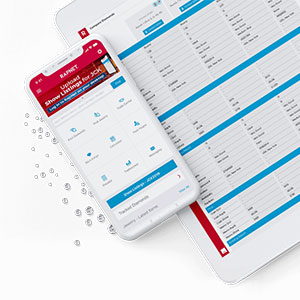 Thursdays will never be the same in the diamond industry.

Following a furor after he lowered prices by an average of 7% on his March 20 price sheet, founder and publisher Martin Rapaport announced that he was changing many aspects of his widely watched price sheet during a webinar on Wednesday.

Among the most notable: The Rapaport Price List, which has been published weekly since its inception in 1978, will now be published monthly.

Rapaport said that he tends to wait to change prices anyway, to avoid the trade “chasing [its] tail” by constantly reacting to weekly price decreases or increases.

But he rejected appeals to release his list only once a year, saying that would make it worthless for buyers.

He said he will try to standardize the discounts on the list and keep prices about 30%–40% below the prices on RapNet.

During the COVID-19 crisis, he will extend the lower range of price sheet discounts to 45%.

He also plans to supplement the monthly list with a weekly “trade sheet” based on RapNet prices.

“We have already been publishing the trade sheets online, but now we’re making them more available to subscribers,”  he said. “People are saying, ‘How do we know when you are going down?’ Now, you’ll be able to look at those trade sheets and see where Rapaport is with the price…. You will see a much higher level of transparency than you’ve ever seen before, because you’ll actually see what’s [happening], and we will hold ourselves to certain range of prices.”

He will also form an advisory board to provide ideas and input.

The board “will be very valuable,” he said. “Anytime we’re off the mark, with these percentages, they’ll ring our bell. We’ll also discuss things with them, like what do we do about fluorescence, other issues. It won’t just be the Rapaport team doing these price lists, but we will have a better interaction with the community.”

The moves came in response to an unprecedented revolt in the diamond industry that led hundreds of companies to pull their goods from his trading platform, RapNet.

The revolt seems to have been largely sparked by Israeli dealer Doron Serrouya, who tells JCK he wasn’t trying to start a movement, he was just upset about the March 20 list.

“I have diamonds in my safe that overnight lost value,” he says. “Diamonds are not the stock market. They don’t go up and down 10%. It is not logical that they would go down so much. Everyone was sitting at home.”

He adds that he doesn’t consider this anything personal against Rapaport.

“Rapaport is very smart, but I don’t think he understands the business like we do,” he adds. “We have to live this every day…. I don’t want to wake up every Friday and see if I have lost or made money.”

On March 20, Serrouya had someone from his office design a logo announcing that he would no longer list items on RapNet. He sent it to some colleagues on WhatsApp.

Things snowballed from there. He received hundreds of messages of support. He set up an Instagram account, @stock_off_rapnet, and soon a lot of other companies had joined up, adding their own logos.

By the morning of March 23, the online listing service, which generally listed $8 billion in inventory, listed only $4 billion.

Following the webinar, Serrouya said via WhatsApp he was unimpressed with Rapaport’s changes.

“We see no difference. Changes in the price list should be at best once a quarter since it takes three months from the beginning of production until the diamond is certified by the GIA.”

He noted that, even with the advisory board, Rapaport said he would remain independent and ultimately make the final calls.

“It is impossible for one person to decide the diamond prices of the entire diamond industry, certainly not a private individual who [has] his own business,” he wrote.

(Rapaport said he is “not a one-man band” and has a “team of people” who make decisions.)

Ronnie Vanderlinden, the president of the International Diamond Manufacturers Association (pictured below), who penned an editorial declaring he had taken his goods off RapNet—which led him to be personally called out by Rapaport on the webinar—says the price sheet going monthly is a “brilliant idea,” given the weekly lists don’t change much.

He adds that he doesn’t agree with the calls for a boycott of the entire Rapaport organization, noting that it includes a “first-rate news service.”

“You can be unhappy and decide that you don’t want to use RapNet. That’s your right. That’s what I’ve done. But boycotting is just not right,” Vanderlinden says.

Even so, many dealers seem as angry as ever. In an open letter issued Friday, dozens of companies vowed to use only the March 6 Rapaport list. They also endorsed the World Federation of Diamond Bourses’ proposal for a cross-bourse trading platform.

“A lot of people feel it’s time for change and to do something differently. The industry has to look at change and has to embrace change. We are saying to people, ‘Don’t just look at one [trading] platform. Look at all of them. And use the one that is best for all of your needs. Do what you think is best.’ ”

He says the WFDB will make a decision about its platform over the next week, including whether to base it on the Israeli Diamond Exchange’s current service, Get Diamonds. He adds that the WFDB has decided against starting a rival price list.

During his webinar, Rapaport said he had no problem with competitors.

“Anyone who wants transparent pricing is a friend of ours,” he said.

He also maintained, as he did in an interview with JCK on March 27, that he had “no choice” but to lower prices on the March 20 list, as discounts from the price list had grown to “unprecedented levels.”

“After 42 years, I’m not going to lie.… It’s our responsibility to tell it as we see it. Every reasonable person admitted that prices had declined.”

He also disagreed with criticism that he shouldn’t have lowered prices when the market was basically closed.

“Markets being closed does not affect asking prices,” he said. “The best time to go down is when the market is closed.… It would have been a disaster to wait until the markets came back and tried to reestablish themselves.”

Rapaport also stressed that his price sheet is just his opinion, and anyone can start a rival list.

“Anyone who takes the heat off me, I would appreciate it,” he said.