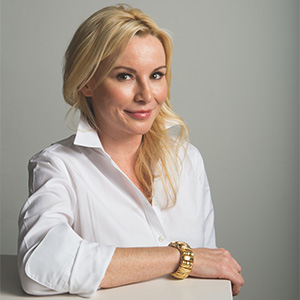 The Watches of Switzerland Group has hired Katie Reed (pictured), a veteran of Patek Philippe and Watch Journal, to be its new U.S. vice president of marketing.

The position was previously held by David Kellie, who was recently named the new chief executive officer of the Diamond Producers Association.

In her new position, Reed will lead all marketing communications for both Watches of Switzerland in North America and Mayors, the high-end jewelry store chain that the company acquired in 2017.

Reed previously served as vice president of Surface Media, where she oversaw revenue and marketing, and was the publisher of Watch Journal.

Prior to that, she held a number of senior positions in the luxury space. She was global associate vice president for Akris, the Swiss fashion house, and from 2006 to 2012, she was director of public relations and communications for Patek Philippe, according to her LinkedIn profile.

In 2014, The Wall Street Journal recognized Reed as a “Woman of Note” for her role in building some of the world’s premier luxury brands.

She will report to David Hurley, executive vice president of Watches of Switzerland Group USA.

On May 30, Watches of Switzerland went public on the London Stock Exchange.

In a June interview with JCK, the company’s CEO, Brian Duffy, said that he sees “great opportunity” in U.S. retail.

Including its Mayors stores, Watches of Switzerland now has 24 stores in the United States. Just this year, it opened stores in Boston, Las Vegas, and New York City.

“We are thrilled to have Katie join our team during a time of such exponential growth for Watches of Switzerland in the United States,” said Hurley in a statement. “Her expertise in luxury goods and deep connections in the watch industry will prove to be invaluable to our continued success in the North American market.”

(Image courtesy of the Watches of Switzerland Group)