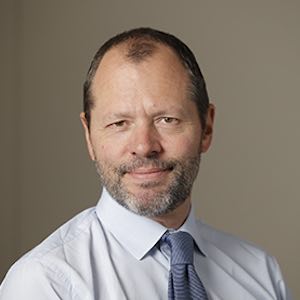 Jean-Marc Lieberherr (pictured) is stepping down as chief executive officer of the Diamond Producers Association (DPA) after heading the group for nearly four years.

He will be succeeded by David Kellie, who has worked at Ralph Lauren and Watches of Switzerland.

Lieberherr will remain the group’s head until the end of his current contract period, Dec. 31. Kellie will join in December.

Kellie worked for 14 years at Ralph Lauren, holding a number of positions, including corporate senior vice president, global marketing and advertising. He currently serves as head of U.S. marketing for retailer Watches of Switzerland

DPA chairman Stephen Lussier, who is also the executive vice president of De Beers, says that the organization has reached a point where it needed to focus on its consumer communication mission.

“Jean-Marc has had a grueling path, it’s been tough to build an organization from scratch,” he says. “Now we have real strong teams in all the consumer markets. As we embarked on the next stage, we thought it was important to have a CEO with a strong premium marketing background, who really knows how to move the consumer in today’s digital age. We didn’t want someone in the industry per se, we looked for a pure marketer. The task at hand is to take what we have and communicate in a really powerful way.”

He says that DPA budget is around $70 million annually, most of which is earmarked for the United States.

As managing director of Rio Tinto Diamonds, Lieberherr was a leading voice urging the creation of a category-driving organization like the DPA. He first served as its chairman before coming on board full time as its CEO in February 2016.

Lieberherr tells JCK he has no plans at the moment, though he wants to take some time off before he begins his next chapter.

Under Lieberherr, the DPA launched a series of ambitious and sometimes-controversial initiatives—including its original “formula-breaking” ads, its recently debuted film that traces a diamond’s journey, and its decision to commission Trucost to study the social and environmental impact of DPA members.

He said in statement: “This is an emotional moment for me after four years of association with the DPA, but I am proud of what has been achieved since the DPA was created, and especially since it received increased funding from June 2017. The DPA now has strong teams and foundations in place to capture the opportunities that lie ahead, and it is time for a new leader to take the organization through its next phase of development.”

Said Kellie in the same statement: “As people search for authentic products with enduring meaning, there are outstanding opportunities to grow consumer demand for diamonds. A growing number of women are buying for themselves, there are already high levels of acquisition from younger consumers, and the number of middle-class households around the world is growing rapidly, so there is a very bright future ahead of us.”