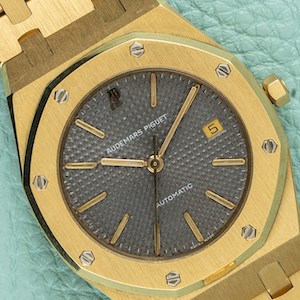 Watches of Switzerland U.S. has acquired Analog Shift, an e-tailer that specializes in pre-owned and vintage timepieces.

The purchase turns Analog Shift into the in-house supplier of pre-owned and vintage watches for Watches of Switzerland, which also plans to expand its trade-in program.

London-based Watches of Switzerland owns around 20 stores in the United States, including the Mayors chain. It went public last year.

Financial terms were not disclosed for the deal, which is part of a larger trend of traditional watch sellers getting involved in the pre-owned market. In 2018, Richemont, the luxury conglomerate that owns a number of watch brands, bought pre-owned watch e-tailer WatchFinder.

In a statement, Brian Duffy, CEO of Watches of Switzerland Group, noted that his company has worked with Analog Shift for the past two years, hosting an Analog-curated collection of vintage watches at its store in New York City’s SoHo district, which is now one of that store’s best-performing departments. Duffy said he sees tremendous potential in the vintage watch market.

In an Instagram Live video, Lamdin said that he founded Analog Shift 10 years ago because of long-standing love for vintage watches.

“In 2010, most watch retailers didn’t care about old watches,” he said. “I bought at auctions, and estate sales, and bought more than one watch from the guy sitting two barstools down…. I love being a treasure hunter and a storyteller, and those two things really go together.”

“I don’t know if it’s completely true that we were the first vintage retailer to offer e-commerce, but we were in the very first wave,” he said.

The name derived from what he saw as a growing “shift to analog,” as opposed to digital, which he called ephemeral.

“Analog technology lasts forever, whether it’s vinyl records, or carbureted cars, or handmade instruments,” he said. “Mechanical watches, which in a digital world would seem to be a complete throwback, have [gotten] a new life. People today are sick of disposable things and they want to have stuff that’s going to last forever. The idea of a shift to an analog was something that was bouncing around in my mind for a long time.”

Prior to launching the company, Lamdin worked in the pre-owned automotive business.