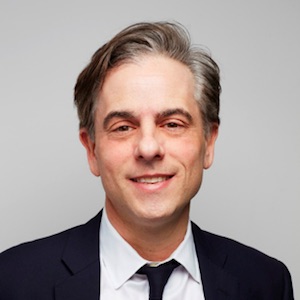 Phillips in association with Bacs & Russo has appointed Geoffrey Hess (pictured) as a New York City–based consultant for the auction house’s watch department.

Previously, Hess was CEO of AnalogShift, a platform for vintage timepieces in New York.

An attorney by education, Hess served as an assistant to former New York City Mayor Rudy Giuliani from 2000 to 2002. He later served as managing partner at Giuliani Partners.

A press release notes that following his work with the former New York mayor, Hess served as CEO of an “prominent luxury firm,” which it does not name, but was the fine jewelry line of first daughter Ivanka Trump, which has since closed.

“Geoff embodies the values Phillips prides itself on—integrity, professionalism, and passion—and I couldn’t be happier to have him partner with and advise our team,” said Paul Boutros, head of watches, Americas, in a statement. “As we prepare for our upcoming auction season, including Geneva Watch Auction: NINE and Hong Kong Watch Auction: EIGHT, both taking place in May, we look forward to working with Geoff on our exhibitions and valuation days, as well as further developing Phillips’ client base.”

(Image courtesy of Phillips in Association with Bacs & Russo)