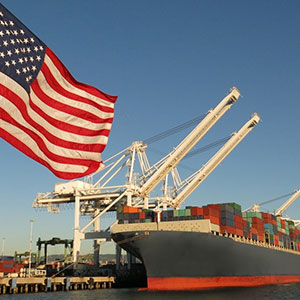 Last week, the Trump administration lifted the tariffs on more than 400 products from China. The list spanned everything from dog collars to ice cream makers.

Once again, jewelry-related products apparently didn’t make the cut—which means they are still subject to the tariffs enacted in September. Those duties, which were originally 10%, were raised by President Trump to 15% in a late August tweet.

Industry sources report that, for now, the industry hasn’t been all that affected by the new duties—but that could change as the holiday approaches.

Stuller said that the tariffs have had a “minimal” effect on its business, as it manufactures most of its products domestically.

“Our packaging products have been most impacted by the tariffs and we continue to monitor those products and manage accordingly,” Tammy Lail, the company’s vice president of tools, equipment, and packaging, tells JCK via email.

David Cochran, president and chief executive officer of Manufacturing Jewelers & Suppliers of America, says: “We’ve actually heard very little from our members on the tariff issue. The majority of those we have heard from believe/hope they will be short-lived and the much needed correction with China will be worth the short term pain.”

He thought that the duties will affect the low-end fashion part of the business more. Indeed, chain Charming Charlie cited the tariffs in its petition to liquidate.

In her last conference call, Signet CEO Gina Drosos warned that the tariffs could have an effect on that company’s business, but said it was “working with its vendors” to avoid getting hit too much.

While previously the company sourced about one-third of its product from China, now she said that number has been cut in half, to 15%.

She said she didn’t expect that Signet would have to pass along increases to its customers, at least in this fiscal year, which ends next February.

One manufacturer says he’s heard of companies trying to quickly shift their manufacturing to Thailand, but he is skeptical that can be accomplished in such a rapid time frame. And he warns that, if they are caught misrepresenting where their goods are manufactured to avoid the customs tax, that could mean possible legal trouble.

Abe Sherman, CEO of Buyers Intelligence Group, a retail group, has heard that some of his members are struggling with additional costs, particularly as the gold price has also risen sharply in recent months.

“It’s just messy and it requires a different level of analysis and awareness about all these different parts that are impacting costs,” he says. “Most people haven’t worked it out yet, and now we are going into fourth quarter. So many of our items, especially diamond jewelry, are made in China.”

He notes that in a business that typically allows both wholesalers and retailers slim margins, 15% added cost is enough to wipe out any profit, and then some. He says both sides are scrambling to figure out who will pay: the manufacturer, the retailer, or the consumer.

He has heard that one manufacturer built a 5% increase into the costs of all its goods. But this just confused its retail customers, who weren’t sure how much of its products or components actually came from China.

But he says the real confusion could come when trying to stock balance, given that the extra duties paid to the government are not likely to be refundable.

“If the jewelers paid the government an extra $1,000 for the item, will the vendors give them the full credit for it?” he asks.

Others worried about the trade war’s overall effect on the American psyche.

This issue was also discussed on the latest episode of JCK’s podcast, The Jewelry District.

Image courtesy of the U.S. Customs