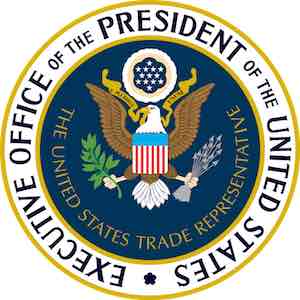 The Trump administration is delaying planned tariffs in order to save Christmas for toy, clothing, footwear, and electronic retailers—although some in the jewelry business are wondering why it also didn’t get a last-minute reprieve.

In a surprise reversal, the administration delayed tariffs on certain goods imported from China until Dec. 15 to prevent an impact on U.S. holiday sales. Jewelry products did not make the list.

As was previously announced, on Sept. 1, the United States will slap an additional 10% duty on almost all jewelry produced by China. The items on List 4A—which will still be tariffed next month—include diamonds, gemstones, synthetic gemstones, as well as gold and other types of precious metal jewelry. The roster of jewelry items begins on page 84 of the list.

“The sad thing is, this really is an industry that needs all the help it can get right now, especially going into the holiday season,” he adds.

However, the U.S. Trade Representative (USTR) is delaying until December the imposition of additional tariffs on the items on List 4B, which includes toys, cell phones, diapers, clothing, shoes, and microwave ovens.

A few jewelry-related items did land on 4B, including wristwatches that are “not electrically operated, not automatic winding, two to seven jewels, with strap/band of textile material or base metal,” as well as certain watch movements and base metal watch straps.

However, most wristwatches remain on the 4A list, which means they will be taxed in September.

The USTR said it was postponing the long-threatened tariffs due to “health, safety, and national security, and other factors.”

However, President Donald Trump told reporters that he was delaying the levies so they wouldn’t have an “impact on [holiday] shopping.”

While Wall Street cheered the news with a 400-point rise in the Dow Jones Industrial Average, there is no doubt that the trade war remains on. The list of items on 4A, which will still be hit with tariffs on Sept. 1, runs 122 pages; the list of items that will receive the delayed tariffs runs only 18. Analysts noted that most of the items on the December list are high-volume products like electronics that comprise the bulk of America’s trade with China.

In response, the National Retail Federation, an outspoken tariff opponent, said, “We are pleased the administration is delaying some tariffs ahead of the holidays and acknowledging the impact on American consumers. But uncertainty continues. The administration should use this delay period to develop a clear strategy without unilateral tariffs paid by Americans.”