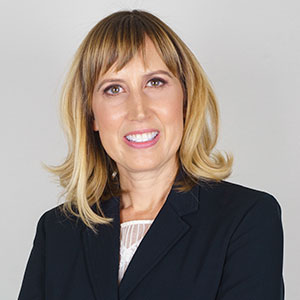 In This Episode
In the latest installment of “The Jewelry District,” you’ll hear JCK editor-in-chief Victoria Gomelsky and news director Rob Bates discuss the latest news, including a New York Fashion Week recap and a look at how the trade war and tariffs on China will affect the industry. Victoria and Rob cover the new JCK print and digital plan for 2020 and share a weird story of the week.

You’ll also hear Rob and Victoria interview Tiffany Stevens of the Jewelers Vigilance Committee (JVC) on how she got there, what she does, and current issues concerning the JVC.

Show Notes
00:45 Recap of New York Fashion Week.
07:42 Are the ’90s coming back into fashion, and what does it mean for jewelry?
09:10 Trade war and tariffs on China and how this affects the industry.
15:40 Overview of JCK’s print and digital plan for 2020, including the change in print magazine frequency.
17:50 JCK’s 150th anniversary issue—a print keepsake that will still have value.
19:10 Weird story: A dairy farmer in Singapore proposed by putting a ring on a cow’s udder.
22:15 Rob Bates and Victoria Gomelsky interview Tiffany Stevens, president, CEO, and general counsel of JVC.
22:30 Tiffany covers her history and beginnings at JVC and what drew her to the jewelry industry.
24:44 Tiffany gives some background on JVC’s history, mission, and what they’re doing now.
27:20 Tiffany talks about how lab-grown diamonds affect the JVC mediation practice.
28:35 Rob asks Tiffany how consumers can get in touch with the JVC if they have an issue they want to bring to the JVC’s attention.
29:45 Tiffany speaks on what the U.S. State Department asks of the industry regarding sourcing.
33:15 One thing you can do to show that you are in compliance: file suspicious activity reports.
39:00 Rob asks Tiffany how effective anti–money laundering (AML) laws are in flagging things.
40:15 Tiffany speaks on the FTC guides and their aftereffects.

Fashion Week Highlights
Victoria covers some of the best jewelry moments of the week and some emerging trends that she has noticed. Some takeaways are a strong ’60s–’70s structural trend, especially from Marc Jacobs. These striking pieces show that fashion designers may be starting to acknowledge jewelry design and craft rather than adding jewelry as an afterthought. Ulla Johnson paired her outfits with pieces from Grainne Morton, a U.K. designer that does sculptural earrings and necklaces with lots of dangling pieces. Another designer, Brandon Maxwell, paired denim outfits with colored stones and lots of chains. Victoria has noticed chains as an emerging trend that will extend to 2020.

Are the ’90s Making a Comeback?
Victoria and Rob notice that some ’90s styles are starting to make a comeback, and they speculate what it could mean for jewelry. Besides the Tin Cup pearl necklace, popularized by the movie it was named for, Victoria can’t pinpoint any jewelry styles that were big in the ’90s and characterizes it as a sad time for jewelry. She supposes that every time an era’s trends come back, they do so with a dash of the modern sprinkled in, which could bring some hope for jewelry trends moving forward.

Trade Wars Are Back
On Sept. 1, 15% tariffs were imposed on some products from China. Though many products were exempt, jewelry products were not among them. Though some large manufacturers say they are not affected, others are sorting through the chaos. Rob explains that it’s not as simple as not purchasing products from China. Many small parts, boxes, and other essential items are made in China. This adds up.

New Print and Digital Plan for JCK
In 2020, JCK’s print frequency will change from seven issues to four, keeping spring, preshow, at-show, and fall holiday preview issues. The focus will shift to digital and will include the podcast, webinars, web coverage, and more. Though this is a change, it is in line with the rest of the industry. The upcoming 150th anniversary issue is an example of a timeless print issue that may not translate to the web in the same way. JCK will keep its foot in print while strengthening the already solid digital presence.

Weird Story: A Moo-ving Proposal
A farmer in Singapore proposed to his girlfriend by placing a diamond engagement ring on a cow’s udder, sparking incredulous reactions from a ring-shaming Facebook group, questions of animal cruelty, and a plethora of bovine-inspired puns.

Interview: Tiffany Stevens
The JVC, founded in 1917, has covered a lot of issues during its history. Its mission is to help all along the supply chain with any compliance issues that they are experiencing. Tiffany speaks about new types of fraud that have been uncovered as the lab-grown diamond industry has begun to grow. She advises on how consumers can get in touch with the JVC if they have an issue they want to bring to the JVC’s attention. Tiffany speaks on what the U.S.State Department asks of the industry regarding sourcing. She also talks about AML laws, the FTC Guides, and much more.