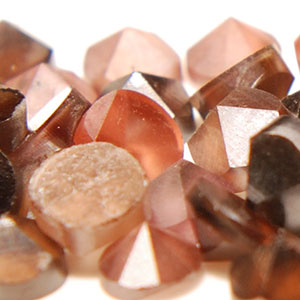 On Aug. 8, the Securities and Exchange Commission (SEC) ordered the revocation of shares of Scio Diamond Technology Corp., the Greenville, S.C.–based manufacturer of lab-grown diamonds.

Executives tell JCK that the delisting won’t affect the company’s planned sale to Nevada corporation Adamas One. That transaction was approved by the company’s board of directors and its shareholders in June, according to company president and chief executive officer Gerald McGuire.

“The de-registration has no impact on shareholders’ ownership of Scio or their interests in the deal with Adamas One,” he says.

John “Jay” Grdina, director of Adamas One, says he is “working to close the transaction in accordance with all terms and conditions set forth in the [asset purchase agreement] and subsequent documents. We are extremely excited to become part of this space and look forward to relaunching the factory and dramatically expanding operations quickly.”

Grdina, a former adult film actor who has headed such diverse businesses as hangover cure NoHo and Ammo Inc., discussed his plans for the Scio business with JCK in February.

He says the delisting was “a decision between the SEC and Scio’s directors and management.”

According to the SEC, Scio, which was originally known as Apollo, had fallen out of compliance with exchange rules by not filing any financial results for for more than two years. Its last annual report was filed in July 2016, and its last quarterly report was posted in February 2017. For most of the ensuing year, the company regularly notified the SEC that it would be tardy in submitting its reports. After February 2018, it even ceased to do that and didn’t file again with the SEC until it announced the acquisition last December.

The SEC order said that Scio offered to revoke its shares, and the SEC accepted the offer.

The company’s stock had been traded on the over-the-counter market since 2011, when it bought out the assets of public shell company Krossbow Holdings in a reverse merger, also known as a reverse IPO.