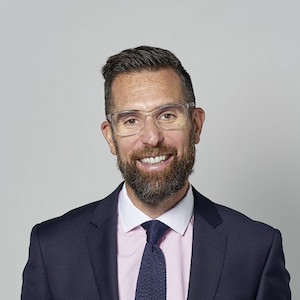 In his new role, Redmayne will expand the jewelry department’s private sales and business development efforts and manage relationships with many of the world’s top jewelry collectors, the London-based auction house said.

Redmayne is just one of many jewelry experts who have lately joined Phillips from rival auction house Bonhams. At Bonhams, Redmayne was the head of sale, jewelry, based in Hong Kong. Before joining Bonhams, he was the founder of a luxury and retail advisory company in Hong Kong, with a specific focus on high-net-worth individuals, advising them on strategy and brand entry in Asia. He also worked at such retail jewelry brands as Harry Winston, Piaget, Cartier, Moussaieff, and LVMH-owned Fred Paris.

In recent years, Philips has been focused on expanding its jewelry department. Last year, Graeme Thompson joined Phillips as its worldwide head of jewelry, and Alexis Vourvoulis joined the company as a senior specialist based in Los Angeles. Both also came from Bonhams.

The auction house has also been beefing up its watch department: It has appointed Geoffrey Hess as a watch consultant, and David Lou and TK Mak have been added to its watch advisory board.

“Private sales are an increasingly important part of Phillips’ business, and Paul is well suited to take on this important role with more than two decades of experience in the jewelry industry,” Thompson said in a statement.

Added Redmayne in the same statement: “Phillips was a logical fit for me: It has the drive, appetite and vision to aggressively expand its operations into the private sales sphere and with 23% growth year on year from 2018 to 2019, I look forward to contributing to the continuing success of the jewelry department.”