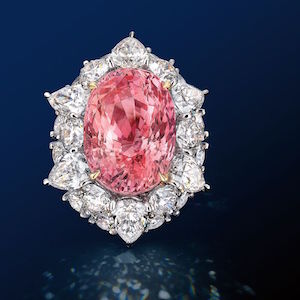 Based in Hong Kong, Thompson previously served as director of jewelry in Asia for rival auction house Bonhams. In his new role, he will create a strategy for Phillips’ global jewelry business, which it describes as one of its fastest growing segments in the auction business generally.

He is also charged with creating a global jewelry team in Phillips offices in New York City, London, Hong Kong, and Geneva, as well as developing cross-marketing opportunities within the company and working with existing clients on consignment opportunities.

According to a statement, the jewelry auctions Thompson oversaw at Bonhams in Asia “consistently achieved among the highest hammer totals per auction for the company in Asia and for the jewelry department globally.”

The auction house called Thompson’s appointment a “milestone in the development of [its] jewelry business.”

“Graeme will offer the department strategic direction and a point of view to create an innovative and contemporary jewelry offering that will appeal to the growing collectors of art, watches and design,” said Edward Dolman, Phillips CEO, in the statement. “There is tremendous opportunity to build a highly competitive jewelry business with a modern sensibility in today’s auction market.”

In the same statement, Thompson said he “plans to draw on my knowledge and network to support and enhance the jewelry department worldwide.”

The auction house also appointed Geoffrey Hess as a consultant to its watch department and David Lou to its watch advisory board.