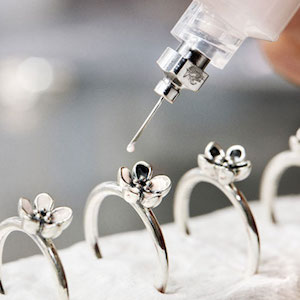 Last week, Pandora—faced with another quarter of disappointing sales—announced yet another new strategy. This latest course correction changes how the company looks at the franchisees that run the bulk of its concept stores.

Previously, the charm maker seemed to view franchisees in the same way it viewed independent retailers: It wondered why it had to split proceeds with them, when it could just sell its products itself and keep more of the profits.

A few years back, the company announced plans to take over 75–100 franchise stores annually. In the United States it bought stores run by Laws Management and Hannoush. In most instances, it was the franchisee’s decision to sell.

Still, when asked if Pandora ever planned to take over a franchise store without the owner’s assent, a company official told me, “Not at this time.” Which couldn’t have given the franchisees tons of confidence about the future.

But now the company has done a U-turn on the subject.

Gaining control of concept stores takes “a lot of focus and energy,” Schwartz continued. “We can’t do that while we have negative [comp sales] across the company.”

In other words, by spending all its resources on grabbing a bigger piece of the pie, the company neglected to focus on making the pie bigger.

Later, when asked if Pandora’s relationship with its franchisees was damaged, Schwartz didn’t say yes but asserted the company wants to chart a new course:

[A]ll our franchisees around the world will be informed today, right now, about this change of approach with an intent to reignite our relationship and really drive [sales] together.

[W]hat we are indicating to you and telling every franchisee in the world today is that we view them as collaborators and partners in our go-forward strategy. So, they are people who often are extremely sophisticated retailers and businesspeople in their own right. They quite often have multiple brands or they have been working on the Pandora business for 10–15 years or so, so we see them as a great asset going forward.

Again, the obvious analogy here is to Pandora’s decision to cut out the independent retailers that carried the brand. Over the last few years, Pandora has shut hundreds of retail accounts not only in the United States but all over the world. It even pulled out of Nordstrom.

Has that worked out? The company’s falling U.S. sales seem to indicate it hasn’t. Those hundreds of points of sale were basically advertisements for the Pandora line. Consumers developed relationships not just with the brand, but with the retailers that stocked it. It’s not surprising those sales didn’t automatically migrate elsewhere or online.

I don’t believe that Pandora is, as some have dubbed it almost from the moment it took off, “a fad.” The company has been around for more than 35 years. The concept has clear staying power. That said, it needs to mix up its assortment and could use input from people who understand the jewelry market.

It may be too late for Pandora to repair the many relationships it’s damaged and in some cases completely severed. But now it seems to have realized it needs partners to make the company work. That is what built the brand. And that may be what saves it.