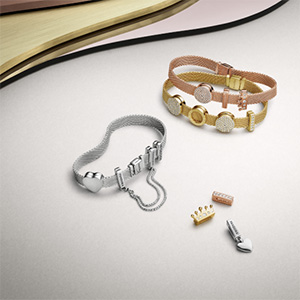 Like-for-like sales at its U.S. concept stores rose 4 percent during the period.

As a result, Pandora has launched a new strategy—Programme New—that will mean putting the brakes on its current strategy of acquiring its franchise stores. It also plans fewer openings of company-owned stores. Any new openings will be concentrated in underserved markets.

It will also slash working capital and focus on “driving like-for-like growth rather than total growth.” It plans to do this through enhanced marketing, greater personalization, and improving the customer experience at its brick-and-mortar stores. And while it will still lean heavily on promotions and markdowns, it also hopes to reduce them with a “structured, data-driven approach.”

We “will act forcefully to turn the situation around,” said board chairman Peder Tuborgh in a conference call following the release of its financial results.

“Let me be the first to say we should have come to these conclusions a long time ago,” he said.

When an analyst asked about the strength of the brand, recently appointed chief commercial officer Jeremy Schwartz told analysts that the company was studying that question.

“The first indications tell us that the brand has tremendous legs, but we haven’t made the most of it,” Schwartz said.

“We have an enviable and high brand name awareness,” he said at another point. “We don’t have a strong brand proposition and this is something we’re going to fix.”

He noted that the company plans to talk more about its products being 100 percent silver and how each item is finished by hand.

Chief financial officer Andres Boyer called the results “unsatisfactory,” adding that so far same-store sales in the fourth quarter had seen a “weak start,” with comps falling below the rest of the year.

As a result of the disappointing numbers, the company lowered its guidance for fiscal 2018 revenue growth from 4–7 percent to 2–4 percent.

This is the second time that Pandora has trimmed its revenue forecast this financial year. When it cut its revenue projection following its second-quarter results, the outcry from the investment community led to the resignation of longtime CEO Anders Colding Friis. It is currently searching for a new CEO as well as new members of the board.