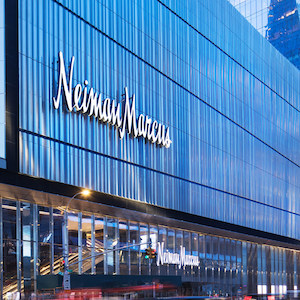 If Neiman Marcus files for Chapter 11, its financing plan might be challenged by some prominent investors, who have devised a loan package that would require it be put for up sale, according to a report from Reuters.

The Dallas-based retailer has long been rumored to be on the verge of a bankruptcy filing, though it had not filed for Chapter 11 at the time of publication. On April 16, bondholder Marble Ridge Capital sent a letter to the Neiman Marcus board of directors, charging that the company had failed to make a $5 million interest payment due on bonds it owns.

According to Reuters, the department store was close to completing negotiations for a $600 million financing package that lets creditors forgive most of Neiman Marcus’ $5 billion debt in exchange for partial ownership of the company.

However, investment firm Mudrick Capital Management and hedge fund Third Point plan to offer a rival package that includes $700 million in financing. It comes with the condition that Neiman Marcus put itself up for sale.

It previously owned another noted department store, Lord & Taylor, before selling it last year to fashion rental service Le Tote. (Reuters has also reported that Lord & Taylor is contemplating its own bankruptcy filing, after it was forced to close its stores due to COVID-19.)

Reuters further noted that is unclear whether Hudson’s Bay, which just went private and had expressed interest in taking over Neiman Marcus in the past, currently has the interest or ability to purchase the retailer.

Its report adds that “if no credible bidder emerges, the proposed loan’s terms call for Neiman Marcus to try to reorganize its debts and emerge from bankruptcy proceedings in slimmed-down form.”

Neiman Marcus could not be reached for comment but has generally declined comment on its financial position.