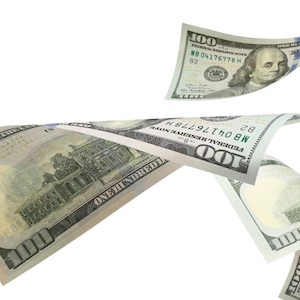 Both J.C. Penney and Neiman Marcus are reportedly skipping interest payments on bonds due this month, giving credence to reports that the two department stores are considering filing for bankruptcy or some other form of financial restructuring.

J.C. Penney announced that it would not make an approximately $12 million interest payment due on April 15, per an 8-K filed Wednesday with the Securities and Exchange Commission.

The company now has a 30-day grace period to make the payment before it’s considered an “event of default,” the filing said. The company said it will use that time to “evaluate certain strategic alternatives.”

On Thursday, Marble Ridge Capital sent a letter to the Neiman Marcus board charging that the company has failed to make a $5 million interest payment due on bonds owned by Marble Ridge.

“Neiman Marcus is now in default on its payment obligations and can no longer hide behind its protestations to the contrary,” said the letter, which Marble Ridge sent out on PR Newswire. “Accordingly, please be advised that Marble Ridge will take all necessary actions to protect its rights, including its right to seek all remedies, all of which are expressly preserved.”

Neiman also has a 30-day grace period before Marble Ridge takes action, according to the Wall Street Journal. Marble Ridge has been a frequent critic of the company, particularly about how it handled its 2014 purchase of the e-tailer MyTheresa.com.

Neiman Marcus also has a far more substantial $115 million debt payment that is due later this month, the Journal reported. The company was on the verge of restructuring its debt when the coronavirus hit, the report added.

Both companies have closed all of their stores and have furloughed their workforce in response to the COVID-19 pandemic.

Neither Neiman Marcus nor J.C. Penney could not be reached for comment by publication time, but Neiman declined comment when asked about its financial condition on Wednesday.