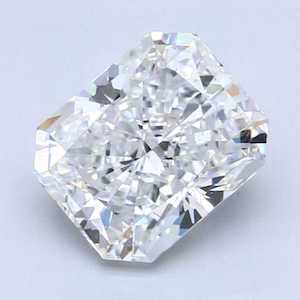 OMD is the majority owner of Green Rocks, an Aventura, Fla., company that wholesales lab-growns to retailers.

Cornes, the new investor, is a Japanese conglomerate that owns a range of businesses, which manufacture everything from luxury cars to kitchenware to diamond reactors through its Seki Diamond Systems division.

Seki will continue to manufacture equipment for competing companies, it says.

Green Rocks chief executive officer Leon Peres (pictured below) says the investment will enable Isrough to quintuple its current production of diamonds grown by chemical vapor deposition (CVD) by next year. It wants most of the stones to be cut in Israel, where OMD hopes to reinvigorate the local cutting industry.

Peres says that the companies plan to be careful about any expansion, adding he sees little point in installing hundreds of reactors in a “super mega-growing facility.

“We will grow our facility according to the market demand, not because of assumptions that are not based in reality,” he says. “There is no point in making unnecessary investments, if the market cannot support it.”

While Green Rocks is a vertically integrated company—encompassing distribution, cutting, and growing, and now a partnership with an equipment manufacturer—it plans to remain a wholesaler focused on independent jewelers, using OMD’s years of data and expertise on servicing that market, Peres says.

“Some of our competitors, as far as we know, have multiple entities,” he says. “We are going to be one brand, one vision, one set of ethics.”

The company will not sell to consumers, he adds.

Green Rocks specializes in fancy shapes, hard-to-find cuts (like marquises), and it considers itself the most advanced at producing those items. It believes that will insulate the company from price instability in the lab-grown sector.

“In some of the [lab-grown categories] there might have been price decreases, which is also the case with natural diamonds,” says Peres. “It depends on the market, it depends on the demand. There are certain kinds of shapes and products that we haven’t seen any drop in price because others cannot grow them.”

Chinese production of diamonds grown by the HPHT (high-pressure, high-temperature) method is becoming an increasing force in the market, he admits. But he argues that it’s difficult for those factories to produce fancies with HPHT, and that, for now, Chinese producers mostly manufacture 1 ct. stones and below, while his company specializes in bigger gems, D to G in color, and VS and above in clarity. The average size of Isrough’s production is 1.46 cts. in polished, though the rough that produces that polished is generally over 6 cts.; the yield on CVD is about 25–30%.

While Isrough has occasionally grown polished as large as 10 cts., manufacturing anything over 5 cts. remains a challenge, but it can churn out 3–4 caraters on a “consistent basis,” Peres says.

All its product is produced “as-grown” and untreated, which Peres now considers part of the company’s value proposition.

“We do not treat our diamonds in any way,” he says. “We believe that will become more important in the future.”

His company’s pricing is “all over the place,” he says. “We don’t have a set discount off of [the Rapaport price list]. It depends on the rarity of the item. But we’re competitive.”

And even though the company is called Green Rocks, unlike other companies in the sector, Peres is not touting his product as “greener” than any other kind of diamond.

The parent company first entered the lab-grown market in late 2016.

“As a leading diamond vendor we felt obligated to offer this option,” Peres says. “We said, ‘This is not moissanite, it’s not CZ.’ In the end, it’s up to what consumers want.”

Mizrahi tells JCK that, as someone with considerable investment in natural diamonds, he doesn’t think the product is cannibalizing his main business.

“It will bring a new audience and new market segments,” he says. “It will grow the market. On the jewelry side, this is becoming a very popular gift on occasions other than engagements. We have seen the whole market grow because of this product. The jewelry industry is going to sell more jewelry because of lab-grown diamonds.”

Green Rocks is not the only lab-grown diamond company to have received interest from outside investors.