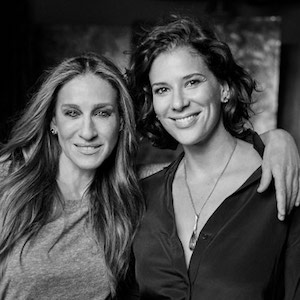 Jewelry company Kat Florence Design says it has settled most of the major issues in its 10-month-old legal battle with its former spokesperson, Sarah Jessica Parker.

“The parties were able to reach an agreement on most of the issues involved,” said a letter from Jeffrey Friedman, attorney for Kat Florence Design, filed Feb. 1 in New York federal court. “Although there are a few additional details that need to be agreed upon, the parties are very close to resolving the matter.”

News of the seeming settlement came in a motion by Friedman to delay upcoming depositions in the case. That motion was granted by Judge Paul A. Engelmayer. At press time, no official settlement has been announced in the case. Lawyers for Parker and Florence did not return requests for comment.

In 2016, Parker and Florence launched the Sarah Jessica Parker Flawless Diamond collection, a line designed by Florence built around D flawless gemstones. “You feel lucky and privileged to be wearing [Florence’s] jewelry,” the actress told Marie Claire following its debut.

But according to court papers, this collaboration did not exactly go flawlessly.

Last April, the British designer first filed suit against the Sex and the City star and her production company Tandu, charging that she didn’t fulfill her contractually agreed upon promotional responsibilities, including attending the primary launch event. An amended complaint lobbed an even more incendiary charge: that Parker had borrowed $150,000 worth of Kat Florence jewelry without returning it.

Parker’s attorney told The Blast that Parker “has never and would never hold on to anything belonging to someone else.” He added that she tried to return the pieces, but Florence “didn’t seem interested.”

In a counterclaim filed last July, Parker alleged that Florence improperly voided the two parties’ contract, after Florence asked Parker to perform “additional services” that weren’t in the original deal.