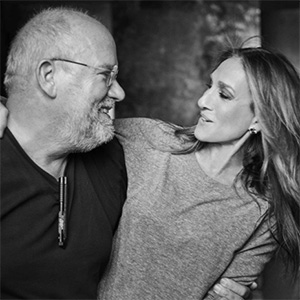 In the 14-page complaint, Florence, as plaintiff Kat Florence Design Limited, claims the Divorce actress agreed to co-conceptualize and do significant promotion for a jewelry line in exchange for a total payment of $7.5 million.

But Florence alleges through the complaint that Parker, “refused to properly participate and comply with her contractual obligations, making the success of this enterprise impossible.”

The designer further asserts that Parker refused to make herself available for the collection’s key launch event, declined interviews, and didn’t personally wear the jewelry collection outside of the marketing imagery she modeled for.

The actresses actions, reads the complaint, “essentially destroyed the viability of launching the line.”

Parker has responded—kind of. TMZ reported Wednesday that a rep for Parker told the outlet, “Kat Florence reneged on their contract with [Sarah Jessica Parker]. They have refused to compensate her after fulfilling her contractual obligations and continue to use her image for advertising and publicity to promote their brand.”

And WWD yesterday cited “a source with knowledge of the matter,” who said Florence made several additions to the original contract after Parker had already negotiated and signed it. The jewelry designer’s demands allegedly included the addition of dozens of promotional Instagram posts a year and the agreement that Parker would wear the collection to all major red carpet events.

Parker’s refusal of the additions, said this unnamed source, is what prompted the designer to file suit.

But Florence said the actress didn’t come close to getting the agreed-upon job done.

The complaint includes a verbatim email from one of Parker’s assistants, which is framed by Florence as a typical response she received when Parker was asked to commit to events and appearances: “There are a lot of pending commitments surrounding the release of her new show [Divorce], which is also in October, so she needs to be sure her schedule is free and clear before she gives a definite answer on the below.”

The response, according to Florence’s complaint, “demonstrates that the contract in which she has been paid millions of dollars to promote a new jewelry line is second compared to her acting career.”

Parker, who licenses out her name through her Tandu Productions Inc. (named as codefendant in the suit), has received at least $3.5 million of the $7.5 million fee.

Florence isn’t eager to pay the balance, writing in the complaint that Parker, “refused to properly participate and comply with her contractual obligations, making the success of this enterprise impossible.”

The professional rift wasn’t at all evident when I interviewed Florence via email last month for a story on Sarah Jessica Parker’s jewelry style (see the style profile in JCK‘s May issue).

“During our collaboration, I found Sarah Jessica to know what she wants—she understands herself and how she wants to be seen, and I believe when you know what you want, you are quick to visualize the shape of things, the feel of things,” Florence wrote in her email. “She follows her instinct as she decides design direction based on what she would want to see on herself, how it would feel to wear.”

Requests for comment from Kat Florence and Tandu Productions Inc.’s legal representation, Altman Greenfield & Selvaggi LLP, on the suit were not returned.

Top: Sarah Jessica Parker with photographer Peter Lindbergh during the Kat Florence ad shoot for the collection (photo via @katflorence).