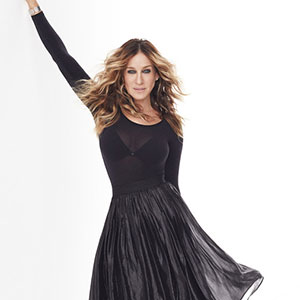 Both sides agree that in October 2015, the two parties struck a deal to market a joint jewelry line, Sarah Jessica Parker D-Flawless Diamond. They also agree that Parker had certain promotional obligations under that agreement.

Parker’s counterclaim, filed in Southern District of New York federal court, says the actress “performed the services and obligations required under the agreement by, among other things, licensing her name and likeness, participating in photo shoots, appearing in on-camera interviews, and participating in the selection of jewelry pieces.”

But it alleges that “in October 2016, KFD abruptly and without notice or explanation, stopped making its quarterly payments to Ms. Parker. When asked about the payments, KFD initially suggested its failure to pay was due to the addition of new investors, who directed the company to suspend payments.

While Parker tried to accommodate these requests, eventually the relationship broke down further, according to Parker’s legal claim. The actress and her licensing company, Tandu Productions, threatened to sue.

“In response, KFD raced to the courthouse in an effort to paint itself as the wronged party,” the counterclaim alleges.

It adds that KFD “brazenly” continues to use Parker’s likeness to promote the line. (At press time, that appears to have changed.)

The suit seeks the $6.125 million it claims Parker is owed under the agreement.

The original lawsuit, filed by KFD in April, tells a different tale, alleging that Parker didn’t fulfill her obligations under the deal. It claims she didn’t make herself available for the collection’s launch event, declined interviews, and didn’t personally wear the jewelry collection, “essentially destroy[ing] the viability of launching the line.”