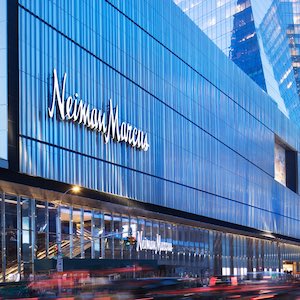 Two famed department stores, J.C. Penney and Neiman Marcus—which both filed for Chapter 11 in Texas in May—are poised to exit the bankruptcy process.

On Wednesday, J.C. Penney announced that two major mall owners—Brookfield Property Partners and Simon Property Group—have agreed in principle to submit a stalking-horse bid to purchase its assets for $1.75 billion. Penney said it hopes to exit bankruptcy by the holiday season.

A report in Business Insider said that Authentic Brands, which owns a variety of retail brands, is considering joining that bid.

On Sept. 4, Neiman Marcus won court permission to exit bankruptcy on Sept. 30, after a surprising last-minute turn of events in which the head of company critic Marble Ridge Capital was arrested for allegedly trying to suppress a competing bid.

Both Neiman and Penney will be substantially slimmed down following their time in Chapter 11. Neiman Marcus has announced a plan to shut 22 of its stores—including 17 discount Last Call stores and the flagship it opened at the Hudson Yards in Manhattan last year. It entered Chapter 11 with 67 stores.

Likewise, Penney has announced plans to close 242 stores; when it filed for Chapter 11, it had 846 stores. In July, it began closing 152 of those stores. A list of those closings can be seen here.

The two companies also say they will have less burdensome balance sheets going forward. Neiman Marcus says its new deal wipes out $4 billion of existing debt and more than $200 million of interest expense, with no near-term maturities. In addition, its new institutional investor owners will fund a $750 million exit package that will provide financing for its business.

J.C. Penney’s restructuring will involve forming a separate real estate investment trust and a property holding company, which will include 161 of its real estate assets and all of its owned distribution centers. The properties will be owned by the company’s ad-hoc group of first-lien lenders.

During the bankruptcy proceedings, the funds struck a deal with creditors, giving them a share of MyTheresa. As part of the deal, Marble Ridge—one of three cochairs of the Neiman creditors committee—offered to purchase certain MyTheresa shares.

According to a U.S. Department of Justice press release, Marble Ridge principal Daniel Kamensky learned that an investment bank had submitted a higher bid than Marble Ridge for the shares. Kamensky called a bank employee and asked him not to submit that bid—which would be a breach of fiduciary duty for Kamensky, given his position on the Neiman creditor’s committee. In one call, Kamensky allegedly threatened to remove Marble Ridge’s assets from the investment bank.

The DOJ alleged that Kamensky later called the employee and asked him to change his story, stating, “They’re going to say that I abused my position as a fiduciary. Which I probably did, right? Maybe I should go to jail. But I’m asking you not to put me in jail.”

Kamensky later said the original call was a “mistake.” On Sept. 3, he was charged with securities fraud, wire fraud, extortion, and obstruction of justice.

Marble Ridge, a hedge fund that specializes in distressed investments, has since announced plans to liquidate.