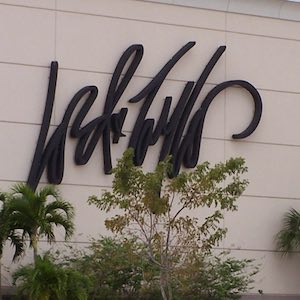 Lord & Taylor, the legendary, nearly 200-year-old department store, said that it will close all its stores, after failing to find a buyer.

The company filed for Chapter 11 on Aug. 2 and said it was up for sale. The company had previously announced plans to close half of its 38-store fleet.

Also closing is its website, Lordandtaylor.com, as well as Le Tote, the San Francisco online rental service that purchased the chain last year for $100 million from owner Hudson’s Bay Co.

Chief restructuring officer Ed Kramer said in a statement, “While we are still entertaining various opportunities, we believe it is prudent to simultaneously put the remainder of the stores into liquidation to maximize value of inventory for the estate while pursuing options for the company’s brands.”

According to a brand history, Lord & Taylor’s roots date back to 1826, when it was founded by two English immigrants, Samuel Lord and George Washington Taylor, who was Lord’s wife’s cousin. It soon became an icon of retail, with its Fifth Avenue store being designated a New York City landmark. The department store was one of the first stores to be headed by a woman, Dorothy Staver, who became president in 1945.

In its last few decades, however, it’s been passed back and forth between a dizzying series of owners. In 1986, it was acquired by May Department Stores Co. In 2005, May was acquired by Federated (now Macy’s). The following year, it was sold to private equity firm NRDC Equity Partners. When NRDC bought Canadian department store Hudson’s Bay Co. in 2008, Lord & Taylor became part of the newly formed Hudson’s Bay Co.

In 2017, Hudson’s Bay did the once unthinkable and sold its Fifth Avenue flagship to WeWork. Two years later, Lord & Taylor, which then numbered 45 stores, was put up for sale again, leading to the sale to Le Tote.

Hudson Bay’s former CEO Helena Foulkes told Recode in 2019 that Lord & Taylor is “in the toughest part of retail: the middle.

“[It’s] neither the high-end luxury where you can really own it, nor is it a low-cost…discount retailer,” she added. “[It has] amazing loyalty among the people who shop there. There aren’t enough of them.”