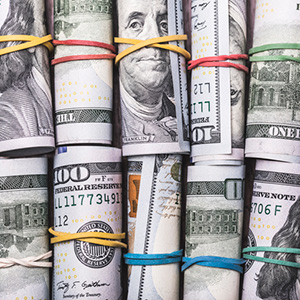 This week, the International Consortium of Investigative Journalists (ICIJ) announced it had received a massive leak of thousands of suspicious activity reports (SARs) submitted to the U.S. Treasury’s Financial Crimes Enforcement Network (FinCEN).

The ICIJ reports mostly target banks, which it charges have turned a blind eye to billions in suspect money transfers. However, the revelations could also bring more scrutiny to the jewelry business, and the gold trade in particular; gold companies were cited in 25% of the SARs the ICIJ examined.

Some of you may be wondering what an SAR is, though it’s a term everyone in the U.S. industry should know. SARs are basically the money-laundering equivalent of “if you see something, say something.” Under the Patriot Act, jewelers and other dealers in precious metals are considered “financial institutions.” That means they have to set up anti–money laundering (AML) programs, which can involve filing SARs.

“A suspicious activity report is just a piece of paperwork that you can file if something fishy is happening [or] something seems off,” said Jewelers Vigilance Committee president and CEO Tiffany Stevens on JCK’s podcast The Jewelry District.

“[I]f an 18-year-old who I’ve never seen before walked in with $1 million in cash and wanted to buy ‘X’ number of Rolexes from me, and I turned them away because they don’t have any ID, that’s an example of a transaction that wasn’t completed, but that you might want to file a suspicious activity report about,” she added. “Basically, [the report] goes into a database, and helps law enforcement connect the dots if they start seeing a pattern.” (Guidance on how to file an SAR is here.)

Current regulations don’t require jewelers to file SARs every time they suspect something amiss, though they “strongly encourage” it.

“The U.S. Treasury and U.S. State Department have emphasized to us that filing SARs when appropriate and needed is considered a part of a healthy and vital compliance with [anti–money laundering rules] for our industry,” says Stevens. Yet regulators have complained that the jewelry business has filed very few.

Occasionally, the government has done more than gripe. In 2015, FinCEN fined a Los Angeles precious metals dealer $200,000 for ignoring anti-money laundering laws, in part because it had filed “no suspicious activity reports, despite numerous customers and transactional relationships indicating red flags for money laundering or other illegal activity.”

However, one of the ICIJ’s revelations is that even when the U.S. Treasury does receive SARs, it doesn’t always act on them.

According to the group, in 2014, the Treasury Department launched a money-laundering investigation of one of the world’s largest gold refiners, Kaloti Jewellery—the subject of SARs representing $9.3 billion in transactions. The Dubai, United Arab Emirates–based refiner has been a frequent target of NGOs; in July, Global Witness charged that it has sourced gold linked to conflict in Africa. In the end, though, the U.S. Treasury never brought charges against Kaloti, which has denied all wrongdoing.

The gold industry, like any business (including banks), has both good and bad elements. This week, the World Gold Council released a report detailing how gold mining contributes to the United Nations’ Sustainable Development Goals. A few days later, a report from Canadian NGO Impact alleged that the illicit gold trade was still thriving in the Democratic Republic of the Congo. The trick is separating the bad gold from the good.

Some have embraced recycled gold as a cure-all for their sourcing issues. One can debate the ethics of that choice, but regardless, buyers of recycled gold still need to be careful. It’s no secret that some secondhand gold comes from dubious sources, and not all of it is truly recycled. In July, NGO SwissAid alleged that some local refiners were selling gold, billed as recycled, that was actually sourced from African mines, as well as Kaloti, the Dubai company mentioned above.

“Recycled is a positive modifier in most contexts,” says Stevens. “But with gold, it isn’t necessarily. Recycled from what? You have to know who you are dealing with.”

Which brings us to a stark fact: It isn’t easy to trace gold, particularly recycled gold. Some of the metal currently in circulation may have been excavated thousands of years ago. But that doesn’t mean it is impossible, or that companies shouldn’t try.

Some recycled gold sellers, like Hoover & Strong, submit their supply chains to third-party audits. Products like Fairmined gold, Fairtrade Gold, and Just Gold not only benefit their local communities but are all tracked and traced.

Some of these suggestions can seem cumbersome, at least at first. The main recommendation is to ask questions of your suppliers (including who owns them), request documentation, and follow up. You may not get all the answers you need, but the important thing is to keep asking.

“Due diligence is a responsibility of conduct, not a responsibility of outcome,” says Tyler Gillard, head of sector projects and legal adviser for the OECD’s Responsible Business Conduct Unit. “You are not providing guarantees. You are making good-faith efforts to implement these standards with a view toward progressive improvement.”

Sasha Lezhnev, deputy director of policy for The Sentry, feels that if jewelers look for one thing, it should be whether suppliers are using refiners that have undergone third-party audits.

“Jewelers should source 100% from refiners that have gone through audits,” he says. “If your suppliers are not using audited refiners, switch suppliers.”

Except for Patriot Act compliance, these enhanced due diligence measures are mostly voluntary, at least for now. But some fear that if the industry doesn’t step up its game, the government might make it.

Mitch Moonier, vice president of Miller/Wenhold Capitol Strategies, a Washington, D.C., consultancy that specializes in financial issues, notes that the two ranking members of the Senate Banking Committee have introduced the Anti-Money Laundering Act of 2020, bipartisan legislation that would require dealers in “precious metals, stones, and jewels” to conduct due diligence on foreign sellers, not associate with a foreign account that lacks a physical presence in any country (i.e., a shell company), and abide by other money-laundering rules.

While the act did not pass Congress, the bipartisan push behind it is “significant” and shows the direction new AML rules could take, Moonier says.

Last week, in what some saw as an attempt to get ahead of the ICIJ leak, the U.S. Treasury announced plans to increase the effectiveness of current money-laundering laws, which could also mean more rules for jewelers.

Whatever happens in Washington, D.C., Stevens feels these new revelations will turn up the heat on banks—and that will likely trickle down to the jewelry business.