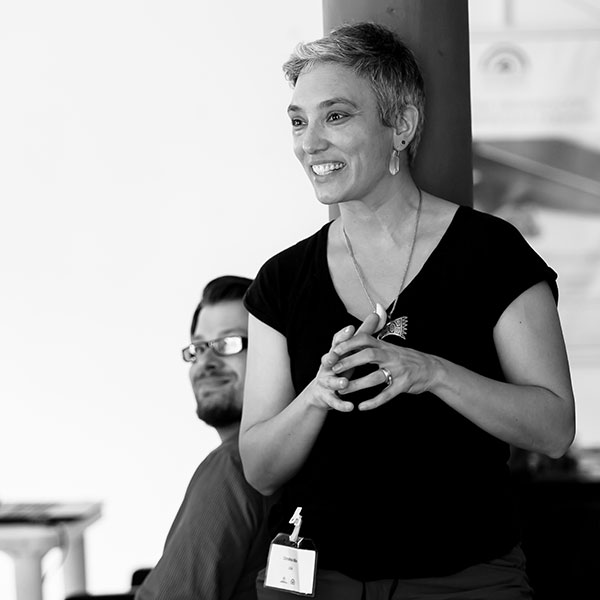 Since 2004, when Christina T. Miller cofounded Ethical Metalsmiths, a resource for sustainable jewelry practices, the jewelry industry has seen an explosion of interest in where and how its materials are sourced, with a special focus on gold, which can be especially difficult to trace and verify.

In 2015, Miller stepped down from her role as executive director of the organization and founded an eponymous consultancy to help companies get their sourcing strategies in order. Today, she and lead consultant Maggie Gabos are inundated with requests from retailers and designers around the country who want to ensure their gold comes from ethical and sustainable sources and understand how their choices impact mining communities.

“I don’t have any fears at this point whether people will continue to evolve and deepen their commitments to the catch-all term sustainability,” Miller says. “But the more you’re in it, the more you realize how nuanced and complex it is.”

Below, Miller talks to JCK about how to begin the responsible sourcing process, what people often misunderstand about it, and why recycled gold isn’t the panacea some people like to think it is.

“We’re not trained for complexity,” says Miller. “We’re trained for good/bad, hard/easy, simple/complicated. That’s my job: to make it easier for you to do the right thing.”

What’s a basic first step for anyone thinking about getting their gold sourcing in order?

The first step is always to talk to the retailer or the independent designer, whomever, about what is that they really care about. Are they doing this to answer every question a consumer might bring in the door, or are they doing this because they are really concerned about pollution in gold mining or human rights impacts in the supply chain? It’s a bit of a personal journey that they take.

And the action someone takes differs based on their personal motivations?

It does, actually. It’s so complicated. Yes, we cover general best practices and basic things to keep in mind, but it has to be tailored to what they are most interested in emphasizing because the solution differs. For a jewelry retailer, if anything has changed in the last five years, it is a heightened alert on being a practicing anti-racist. As a result, that’s caused us to look through a more critical lens about where racism lies in our industry. Some retailers are saying, “I want to ensure my supplier is not racist. How do I verify that?” Another one might be saying, “Do any of the designers I carry use artisanally mined gold, and what do they do to verify their claims about artisanally mined gold?” And it’s usually in stages, because you can’t do everything at once. Especially small retailers because they’re really busy and still want to have full control over what happens.

So should retailers expect this to be a multiyear process?

If you decide you want a credential—to be RJC certified—that’s a multiyear process. After the self-reflection phase, the next phase is assessing who are your first-tier suppliers—the people you buy from first—and where are they sourcing their gold from? You push those questions upstream until you get as far as you possibly can. If you’re sourcing Fairmined gold, for example, and you’re small scale, you can get to the particular mine site. If you’re a big company, like Tiffany & Co., you can know where your gold is coming from (in their case, it’s coming from Utah). If you’re in the middle, and you’re buying a bit of recycled gold and buying a little on the commodities exchange and you’re buying from suppliers, things get really complicated really fast. That’s a key reason why people feel like they can’t do it. If you’re a retailer and you’re buying from multiple sources, on one hand, diversity is good for you. But it can be complicated.

What are some supplier red flags that retailers should keep in mind?

Let’s say a retailer is using a caster on 47th Street, and the caster is saying the metal is 100% recycled and is coming from X source. The important thing is, you can’t just take their word for it. You have to get the details. They might say, “We use 100% recycled gold.” Okay, what does that mean, and who is the supplier? Sometimes the answer is, “We only use ‘good gold.’” What does that mean?

What do people tend to misunderstand about this topic?

I think there tends to be a bias against mining, which is important. It has validity. There are reasons why this idea of mining puts a bad taste in our mouth, no matter what the material is. You quickly imagine a giant pit in the earth and it hurts. But ruling out mining limits your ability to have a real impact because the quick thinking is, I’ll just use recycled gold, that makes me not bad, that makes me not have an impact.

By doing that, it’s really taking the easy way out. There’s no evidence to suggest that recycled gold is reducing demand for new mining. It’s a false concept. When we think about recycling, we think about it as a solution to waste. But would gold go to waste? No. If you’re starting your decision-making about using recycled gold as being an alternative to waste and as a way to combat new mining, you’re not really getting anywhere.

Should people bother with recycled gold?

Do it as a first step to getting control of your gold sourcing. There are quite a few available resources, refineries that have done their work to attain their SCS 100% recycled certification and those that have attained the RJC certification, which has a pretty good recycled definition. Right now, if you have no idea where your gold is coming from, at least go up to the first tier, your refiner. Recycled is a good place to start.

It’s one of those catch-22, chicken-and-egg kind of things. If you just look at Fairmined, the more demand there is for Fairmined gold, the more the organization can expand its outreach to mining organizations and encourage them to participate. It’s a lot of work to become a Fairmined certified organization. So unless the miners are convinced that there is going to be a market for what they’re doing, they are not going to participate.

The whole thinking behind Fairmined, and any of these initiatives aimed at artisanal and small-scale gold mining, is the idea that mining is going to happen no matter what, gold is going to be sought after no matter what, so let’s figure out how to take care of the planet and people, empower women, and protect children in those environments as best as possible. All of those initiatives have accepted that reality, so they’re trying to improve the situation.

We must show there is demand for this material in a way that’s not perpetuating opaque supply chains, not perpetuating money laundering or illicit trade. There are times, during COVID, for example, when all airlines stop flying. How is gold transported around the world? It’s often on domestic flights. The small folks have no way of getting their gold to market, and the cost of cargo shipping would really increase the cost of export because the buyers are only buying 5, 7, 10, or 20 kilos at a time. You have to be ready to accept that. You can call up your favorite gold supplier and order your next set of 20 bands from Stuller, and you don’t think about what went into that ring because you need that order. You don’t worry about it being there. If you’re supporting a smaller entity, a local community, you feel the effects much more personally when external forces are at play.

What kind of extra costs can people expect to pay for responsibly sourced gold?

The models vary. And there are a few different models out there. The Fairmined model I’ve talked about. The Fairtrade model is not that dissimilar in terms of price. The Just Gold model is evolving. Another model is the Artisanal Gold Council, based in Canada, which takes the approach that you can become an investor in the mine and buy a certain amount of material at a time. That’s a better solution for a manufacturer than a retailer.

The other three models can work for retailers. With Fairmined and Fairtrade, it’s typically 10% to 15%, maybe 20%, more depending on your other costs and the weight of your piece. If you’re making a simple little gold band and you could have hundreds of those manufactured at once and resizing is simple, you’d see almost no impact on costs to produce that. You’re using a small amount of gold, you’re spreading it out across your inventory, and that reduces your overall cost. If you are producing a super-high-end, one-of-a-kind collection where the whole cost is packed into three editions of this product, and you have to pay the same casting and mold fees, you’re going to have a much more expensive product.

What I’ve noticed is a lack of creativity on the part of retailers to figure this out. Because you could call up Hoover & Strong and buy a whole set of Fairmined wedding bands and not have the markup you think you’re going to get. And my gosh, you get a story! Consumers are starting to ask about where their gold comes from. And for them, you get to say, “This particular batch came from Colombia, from this mine. And you know what those people are doing with that? They built a new soccer pitch to have shade, and they hired a doctor.” So what if it costs a little more?! You don’t get to say that otherwise. You don’t have a story—you just have gold bands.

Top: Christina T. Miller introducing herself to miners who belong to the Fairmined-certified Iquira Cooperative in Colombia in 2018 (photo courtesy of Fairmined)