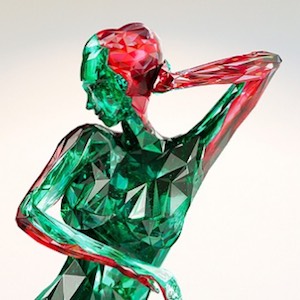 As I have for the past six years, I would like to once again spotlight some of my favorite jewelry promotions of the past 12 months, from companies both large and small.

The ideas and ads below struck me as startling, different, or just plain fun, and show that ingenuity and creativity still exist in this trade. In an above-average year for the business, this was an above-average group of promotions.

Jewelry With a Poem

So many jewelry brands try to make themselves stand apart, but few have come up with an idea as out-of-the-box as this. Sujan Doshi, the man behind LuvMyJewelry, isn’t just a jewelry designer and businessman—he’s a budding writer. Every piece he sells comes complete with a poem he wrote that tells the story behind it. And it’s become a major selling point.

“Sometimes the customers will ask the sales staff to read [the poem] aloud,” Doshi told me in February. “People say, ‘We never really thought about poetry and jewelry before.’ ” 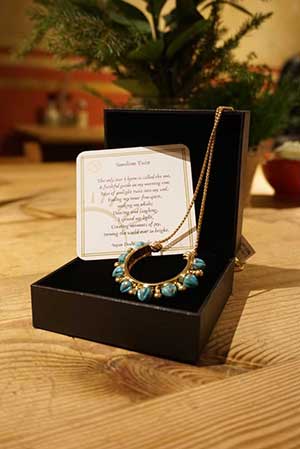 While e-cards have been done before, I have to give e-tailer Brian Gavin Diamonds credit for producing some top-notch examples of the genre. 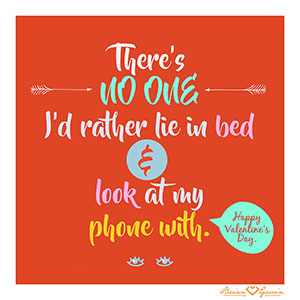 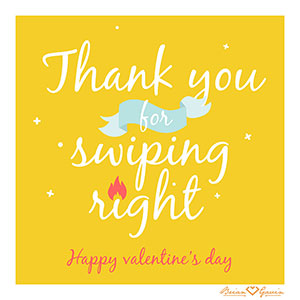 London cabdrivers give out free samples

Swarovski had a number of cool experiential retail ideas for the holiday—including a traveling pop-up bus that drove around New York City. But the most intriguing idea involved London cabdrivers giving out free samples of Swarovski jewelry. As a person who frequently patronizes New York City cabs, I can’t imagine a driver giving me something for free. I’m sure London passengers were just as startled—and they probably told friends.

A lot of jewelry ads featured people dancing this year. My favorite was this after-hours look at an art gallery from gemstone miner Gemfields, which has already racked up 7 million views.

This is one of a number of videos this year to ape reality-show tropes. But before I spoil it, watch the video, which sets up everything nicely.

The idea for this came from the groom-to-be, Kyle, whose intended had already appeared in two Smyth commercials. Kyle looked up Smyth’s director of marketing on LinkedIn and pitched the idea to her. She loved it and got the retailer’s ad agency on board. A rehearsal was even held the night before, “just like a wedding,” says The Centurion. The accordion player is a nice touch.

You have to admire a promotion that touts a brand, has a clever contest element, and assists a good cause—all at the same time. To help up clean up a local beach, Dollie Jewellery, a brand of stackable jewelry based in Lincolnshire, U.K., hid hundreds of bronze seashells in the sand, along with a few gold shells. To participate, people had to agree to pick up three pieces of litter. Those who found a shell were eligible to have it strung on a free friendship bracelet.

According to a Facebook post, hundreds turned up, though one commenter lamented, “Sadly, I found no shells but found a lot of rubbish.”

Tous has been featuring Gwyneth Paltrow in its “Tender Stories” series for the last two years. This latest is one of the best yet. Originally released on social media in bits and pieces, it features the actress a dual role—with some impressive trick photography.

After doing this for so long, I find it hard to believe that a) I have never heard of anyone doing this clever promotion before, and b) someone really had a candy-corn necklace.

Rebellion seemed to be in the air this year, as brands tried to convince consumers that the best way to break the rules was to buy certain luxury goods. Perhaps it’s best if we don’t think too hard about that concept, but I did enjoy this video, developed by Bulgari’s Italian marketing agency, which contrasts the “rules” in an outdated etiquette book with the way people actually act—and does a nice job of showcasing product along the way. It’s also racked up 9 million views on YouTube. That rules.

While the millennials in the JCK focus group enjoyed Tiffany’s Zoë Kravitz ad, I found this video—starring Elle Fanning with musical accompaniment by A$AP Ferg—a lot more fun. Plus it rhymes “breakfast” and necklace.”

Honorable mentions: Lightbox Jewelry’s podcast ads, Citizen Watch’s “I’m Late” ad, Bering closing for Earth Day, and Tiffany painting taxicabs in its signature blue.  I also found these ads both charming and effective: This Diamond Producers Association spot that aired on CMT, and this testimonial for Bremer Jewelry in Illinois.

This is my last blog post of the year. Thanks to everyone for reading and contributing during this crazy and eventful year. I look forward to speaking with you all again in 2019—JCK‘s 150th anniversary year! I wish everyone a happy and healthy new year.