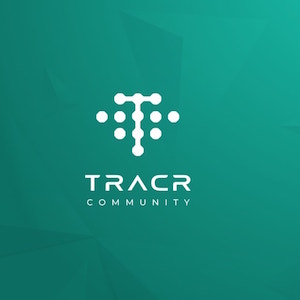 Tracr, the blockchain platform originally launched by De Beers, aims one day to track almost every natural diamond from the mine to the retail counter, chief executive officer Jim Duffy (pictured below) told JCK at an interview during JCK Las Vegas.

“The intention that I’ve signed up for, is to [track] the entire industry,” says Duffy, a tech veteran who took over the Tracr platform last year. “The platform can handle it. It’s just a matter of time.”

Tracr will be spun off into an industry-governed association that will be separate from De Beers later this year, he says. Retailers Signet and Chow Tai Fook are both participating in the pilot.

Tracr is conceived as a “digital road system” that will work like this: Rough diamonds will first be scanned at the mine. When they’re cut or change hands, that data will again be entered into the platform.

The most frequent criticism of blockchain-based platforms is that, while they provide immutable data storage, they are dependent on the data entered into them. Duffy says Tracr’s tracking will be backed up by info on the diamond’s physical attributes as well other metadata.

“We have now looked at thousands of diamonds,” he says. “We use a lot of different ways and checks to increase confidence. We will have referral matching, automated matching. That will insure the digital asset we have is of the highest quality.”

He says Tracr’s intention is to “not break the industry” but to integrate with systems already in place.

“The manufacturers are taking these scans already,” he says. “We’re not asking them to do additional steps. It’s a matter of using the latent data that’s been there for quite a while. Diamonds are so small and valuable they have been observed for a very long time.”

Tracr started out tracking bigger diamonds. By the end of the year, it hopes to track up to 1 carat in rough. By the first half of next year, it hopes to get that down to two grainers (half-caraters) in the rough.

“We will stop there for single-stone tracking,” he says. “That’s about the boundary for certification. No one is going to sit there and scan, one by one, a 1.5 point stone.”

It is, however, developing the ability to track parcels for smaller rough and polished.

Duffy considers Tracr similar to the iPhone, in that it’s a technology that companies can build other apps on top of.

“It’s not for our team to tell the industry what the platform is,” Duffy says. “It’s up to the industry to tell us.”

For instance, he says, the midstream might use the information to show evidence of inventory and win support from financiers. Retailers might use to it provide more information about the stone’s origin to increase consumer confidence.

Duffy says Tracr can integrate with other initiatives, such as the Richline TrustChain platform.

The platform recently launched the Tracr community as a portal to educate industry participants.

Traceability was a hot topic this year’s JCK Las Vegas show. Alrosa said it’s marketing certain diamonds as tracked and traced, and the Gemological Institute of America is now offering diamonds with country of origin reports.