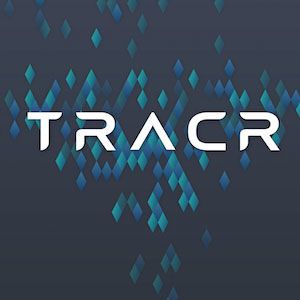 Like any good piece of technology, Tracr, the blockchain platform currently being developed by De Beers, aims to solve problems. What’s notable about this technology is that  it aims to relieve no less than five of the industry’s enduring headaches, from synthetic detection to “know your customer” compliance.

Following a panel presentation at this year’s JCK Las Vegas, two of the people behind this new platform gave JCK a sneak preview on the aims and goals of this much-talked-about industry initiative.

At its root, Tracr is simply another platform that tracks diamonds as they move through the value chain, from mine to store counter. At first blush, that doesn’t seem all that revolutionary, as such programs already exist.

However, most of those programs are based on company record-keeping. Like the Gemological Institute of America’s Mine to Market program, Tracr hopes to use scientific data to uniquely identify each diamond by developing what it calls a Global Diamond ID.

“We can pick out 200 different characteristics that exist from each stone,” says Deepak Gopalakrishna, director of global blockchain projects for BCG Digital Group, which is helping develop the platform. “What we use is a subset of those to create a unique signature.”

Gopalakrishna says that to track a diamond throughout the value chain, you need to solve three distinct problems: You must determine the characteristics that uniquely identify a piece of rough; you must do the same for a piece of polished; and, the most challenging, you must be able to match the piece of polished with the rough it comes from.

“All three problems have different solutions that utilize different characteristics,” says Gopalakrishna. “We have working solutions to all three.”

He is keeping mum on just how those solutions work—noting they are still being tested. But he believes the Tracr solution outdoes all the others.

In its pilot phase, Tracr has been able to track, and definitively ID, 200 different diamonds. Currently, the platform can track a rough stone of only 2 cts. and above, though it hopes to eventually work on any size stone.

At this point, you may have noticed there is not much mention of the role of blockchain. Feriel Zerouki, De Beers’ senior vice president, international relations and ethical initiatives, says her company did a lot of research on how to underpin the data it was seeking and eventually opted for blockchain, as it provided a “single source of truth,” as they say in tech land.

“If you want to deliver what Tracr wants to deliver, we realized you needed blockchain,” she says.

When we hear about diamond-tracking initiatives, some often wonder what the point is, as the vast majority of consumers don’t care where their diamond comes from. But Zerouki argues that diamond tracking could provide benefits beyond the consumer confidence aspect.

For instance, let’s say you want to insure the stones you are selling are natural. Right now, each step of the pipeline needs its own testing protocol.

“When we talked to people about industry pain points, everyone was feeding back to us: ‘How many times to do I need to test his product?’ ” she says. “It adds a lot of costs.”

But if you had blockchain-backed info that the stone was natural all along the pipeline, you would lessen the need for repeated testing.

In addition, as Tracr will be “gated” to companies that comply with certain auditing criteria, it could help companies fulfill their “know their customer” obligations to banks, as well as provide banks backed-up transparency on diamond sourcing.

Gopalakrishna stresses that Tracr will give users control over their data—so, for example, a wholesaler can prevent a retailer knowing just which companies sold a diamond along the value chain.

Tracr also wants to give the trade the ability to “tell stories” about a diamond’s origin.

De Beers recently attracted controversy  with its policy of not letting downstream players identify their diamonds as coming from De Beers. But at least with regard to diamonds in the Tracr program, De Beers says it’s willing to disclose country of origin.

This marks something of a change for the company, which typically sells diamonds from its mines by mixed assortments that pay little heed to provenance. (Rio Tinto, by contrast, traditionally splits up its assortment by country.) However, if De Beers captures rough data at the mine site, it can identify each stone by country while still aggregating its assortments, Zerouki says.

The larger question, yet to be answered, is how much information to provide to the consumer. De Beers can identify each stone by mine if it wants; it can even identify the truck used at the mine. But there is a question of how much consumers care about all that.

“People think they want to know everything until you show it to them,” says Zerouki. She thinks this issue will probably require consumer testing to sort out.

Of course, Tracr is not the only blockchain-based project out there. Industry blockchain company Everledger is also exploring traceability solutions, and as is Richline.

Zerouki says the difference is that De Beers wants Tracr to be an industry initiative, that will—eventually—be governed by an independent foundation, not by De Beers.

“The ultimate vision for Tracr is it will be the diamond industry’s traceability solution,” she says. “In order for that to happen, it can’t be just one player. It needs all miners to participate, including artisanal miners.”

While some have expressed skepticism at this, Zerouki notes that the company has been on the ground floor of other industry-wide solutions, including the Kimberley Process and the Responsible Jewellery Council.

“We truly believe,” she says, “that this platform will bring back trust within the industry and increase confidence in the diamond category as a whole.”