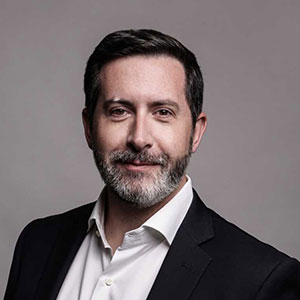 Tracr, the industry blockchain platform being developed by De Beers, has appointed Jim Duffy to be its general manager.

Duffy (pictured) will responsible for all operational and commercial aspects of the next phase of the venture, including scaling the platform and engaging with industry stakeholders. He has extensive experience in start-ups and the tech world. According to LinkedIn, he previously served as the CEO of Logical Glue, a director at MongoGB, and a director at Oracle.

The platform—which De Beers is developing with support from BCG Digital Ventures, a division of Boston Consulting Group—aims to create a tamper-proof, immutable record of a diamond’s journey through the value chain, from the mine to the retail counter. De Beers has said that it wants Tracr to be an industry solution, which will be developed in collaboration with leading stakeholders in the business and will eventually be managed by a foundation with independent governance.

JCK profiled the project and its aims here.

Signet Jewelers as well as five diamond manufacturers are participating in the program’s pilot. Since the pilot launched in January 2018, more than $100 million in rough diamonds have been registered on the platform, a statement said.

“In the next several months, we’ll be focused on continuing to bring new strategic partners on board to participate in the Tracr pilot and incorporate the learnings from the pilot phase into what will be a collaborative and purpose-built industry platform,” Duffy said in the statement.

De Beers Group executive vice president of strategy and innovation Neil Ventura said in a statement: “Jim brings extensive corporate and technology start-up experience that will be crucial to the continued development of Tracr, including successful scaling of technology-driven businesses across a number of sectors.”

JCK looked at the various blockchain initiatives in the jewelry industry in the June issue.