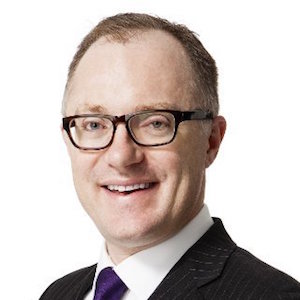 Jason Goldberger (pictured), who served as Blue Nile’s CEO for the last year and a half, has resigned from the company, a report said.

The news was first reported by GeekWire. Blue Nile did not respond to requests for comment. Reached via email, Goldberger confirmed his departure, but otherwise declined comment.

A statement sent to GeekWire said that “[Jason] has moved on to pursue his next challenge. We are continuing to invest [in] our strategic priorities and new capabilities to accelerate growth.”

After taking the reins at Blue Nile in June 2017, Goldberger overhauled the company’s C-suite. But at least two of his recruits have since left. Ruth Marcus, a David Yurman veteran who joined the company as chief operating officer in October 2017, left last year, according to GeekWire and her LinkedIn profile. Chief marketing officer Erin Daly, another early hire, departed last summer.

In January, Mastercard SpendingPulse called this a strong holiday for e-tail and singled out jewelry sales in particular. But yesterday, Blue Nile’s main rival, James Allen, reported that its comps for the nine-week holiday season fell 0.2 percent, although overall online sales at owner Signet rose. The James Allen numbers are particularly surprising, since in August it reported that comps rose 25.3 percent.

Prior to coming to Blue Nile, Goldberger served as chief digital officer at Target Corp.

In a November interview with JCK marking the two-year anniversary of Blue Nile’s acquisition, chief financial officer Bill Koefoed said that Bain had reignited its growth, helped with organizational efficiencies, and he expected the e-tailer would return to the public markets in a few years.