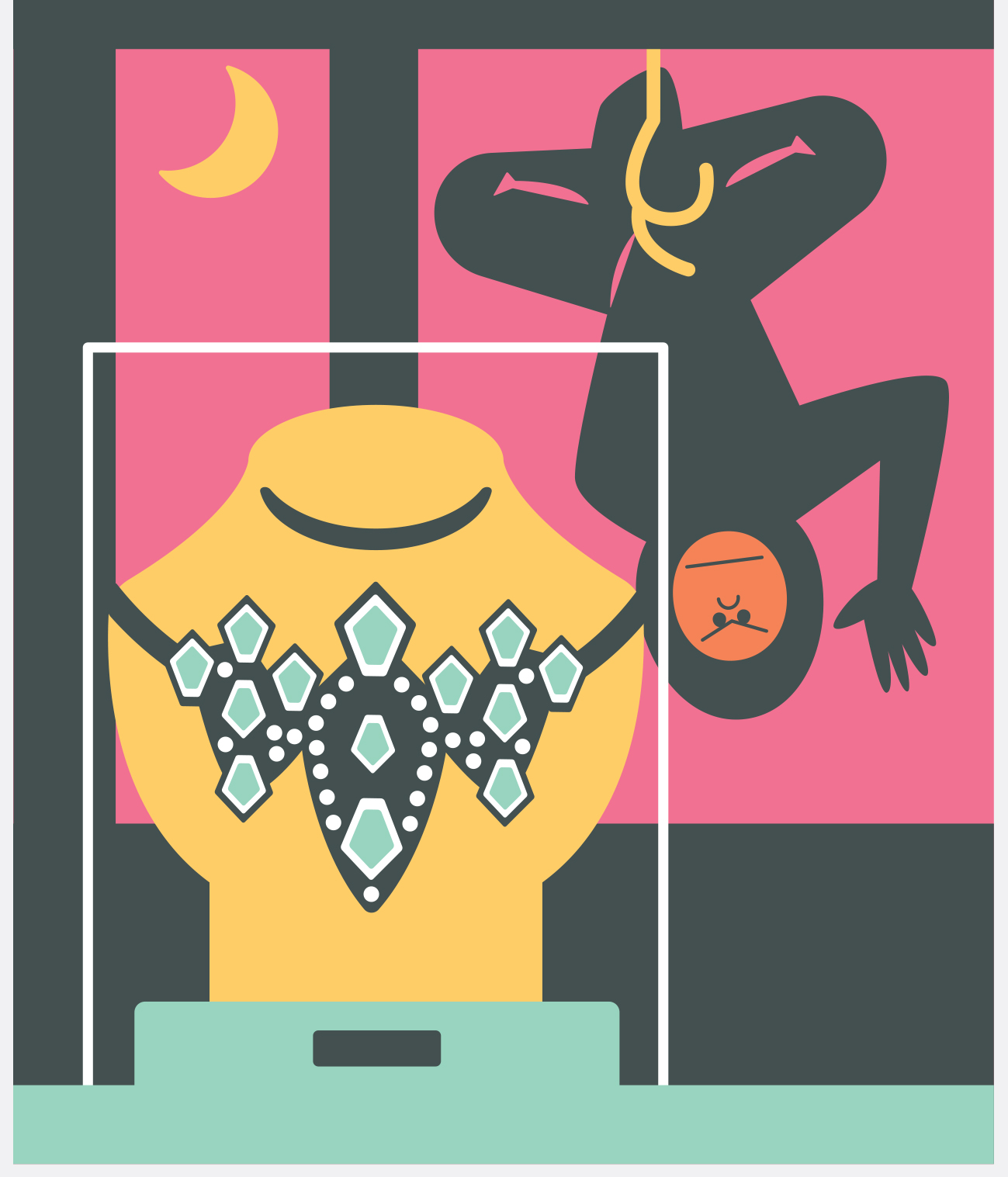 Some simple security procedures can protect your merchandise and employees

In 2013, a thief came, as thieves will, in the dead of night and plundered $10,000 worth of merchandise from William Crow Jewelry in Denver.

This situation was bad, but it could have been much worse. Prior to the break-in, the store had hired a company to apply a film coating to reinforce its windows and glass front door.

“It was pretty simple and not a superexpensive ­process, but it really saved us,” says owner and president Jon Kaiser. “When the burglar came, the treatment slowed him down. He spent a fair amount of time trying to get through the door. Professional burglars have a very tight three- to five-minute window of time, so if you slow them down by a minute or two it can greatly [reduce] the loss.”

Last year, 1,245 crimes against jewelry stores were ­reported—an increase of 5.8 percent over 2015, ­according to the New York City–based Jewelers’ Security Alliance (JSA). Dollar losses were up, too, totaling $72.4 million, a 4.5 percent increase over 2015.

How can you prevent a break-in, or mitigate its effect on your business? Follow these guidelines.

Make sure cameras are positioned and angled to grab the overall environment and important details such as specifics of the jewelry and faces of people (rather than tops of heads). Cameras should be very high-resolution so store owners and police can see everything clearly. Also make sure cameras have plenty of memory.

3. Be aware during store hours

It sounds obvious, but when showing merchandise to any client, be sure to lock showcases, says JSA president John J. Kennedy. Also, he cautions, don’t take out more than one item at a time; multiple unsecured pieces “can lead to a large grab-and-run loss.”

4. Consider both overt and covert cameras

BC Clark Jewelers in Oklahoma City recently added eye-level cameras at every exit as well as behind its Rolex showcases. “We want them to be obvious,” says executive vice president Mitchell Clark. “Deterring an incident from happening is the most important thing we can do.” Covert cameras, however, also have their place, says David Bitton, chief operating officer of Supreme Security Systems in Union, N.J. They can be used to monitor staff, “especially in a spot instance when someone is suspected.” Employees, he adds, can be half of the problem for a jewelry store owner.

Technology can be a game changer when it comes to jewelry store theft. Video verification systems are motion detectors with cameras. Burglars trigger the camera, which sends a 10-second video clip to a store’s security firm, confirming there’s someone inside the store. “Police love apprehensions, so if we can say we know someone’s in that space, it can accelerate response time,” Bitton says.

6. Communicate with your industry

Jewelry store thieves are often opportunists who drive from state to state, hitting clusters of stores. So, Bartol says, talk with others in your industry and stay aware.

7. Use a door buzzer

In Washington state, Fox’s Seattle installed a buzzer as well as a glass door when the jewelry store moved to its new location. “It’s visible from our entire floor, so it’s easy to see customers approaching,” president Zoey Mann says. “The simple task of needing to get buzzed in is a great deterrent for those looking to make a quick grab of some merchandise.”

Grab-and-run thefts happen far more in malls than elsewhere. In 2016, out of 736 thefts—of which grab-and-runs are a subset—534 occurred in malls.

How to Find Retail Insights and Inspiration Online

How to Write Better Job Descriptions

How to Boost Employee Retention

How to Debut New Products in Your Store