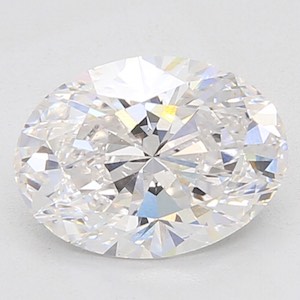 The three suits, which use similar language and make similar claims, allege that that the companies are infringing on two Carnegie Institution patents, to which M7D holds the license.

The first, patent number 6,858,078, issued in February 2005, lays out a method for producing CVD diamonds using a microwave-plasma process. The second, patent, RE41189, reissued in April 2010, covers a method for improving a diamond’s visual qualities using high-pressure, high-temperature treatment, a process sometimes called annealing. Diamonds grown with chemical vapor deposition that haven’t been treated are known as “as-grown.”

“We are very serious about protecting our rights and our investment,” WD’s chief executive officer Sue Rechner, who was appointed in September, tells JCK. “The decision to start litigation is not one any company takes lightly. It’s typically a last resort. We don’t want to go into litigation, but if we must, we must. We are adamant that our intellectual property be respected.”

This action isn’t meant to disrupt the lab-grown market, she says.

“We want to make sure that quality and integrity remain pillars of this industry. To that end, WD is open to entering business arrangements that will maintain industry integrity. But if we can’t make those arrangements, we will see this through.”

Rechner says she is “not prepared to talk about our legal strategy. We are not at liberty to discuss these targets or any additional targets. This is the start of significant communication to the market that we will do what we have to do and that we take our IP seriously.”

None of the companies responded to a request for comment by press time. ALTR’s reps said they hadn’t heard about the suit until JCK contacted them.

This is not the only intellectual property lawsuit involving lab-grown diamonds. In 2016, De Beers–owned Element Six sued IIa Technologies for patent infringement. That suit led Element Six to try to enforce a discovery request against Pure Grown Diamonds in the United States. IIa has denied any infringement.