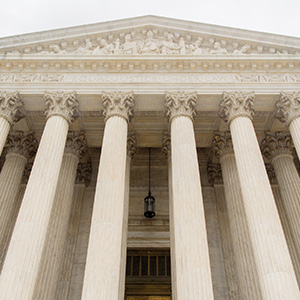 The Carnegie Institute of Washington and M7D Corp.—the Maryland company that does business as WD Lab Grown Diamonds—have ended their nine-month patent battle with Pure Grown Diamonds and its sister company, the Singapore-based IIa Technologies.

In a joint motion to dismiss, filed Nov. 19 in the U.S. District Court for the Southern District of New York, lawyers for the two sets of parties announced they have finally settled their case, which dates back to January. The motion did not stipulate any conditions.

In March, Carnegie and M7D reached a settlement with ALTR Created Diamonds, which they had also sued in January. A few months later, WD announced it had signed a patent sublicense agreement with ALTR and ALTR (India) Private Limited, and a similar deal with another lab-grown company, Evolution Diamond.

The legal battles have centered around two Carnegie patents, which WD has licensed since 2011 and which it claims its lab-grown competitors have infringed upon. The first covers a process for growing diamonds with the chemical vapor deposition (CVD) method using a microwave-plasma process. The second involves the use of a high-pressure, high-temperature (HPHT), or annealing, treatment to visually improve the diamond’s color and clarity.

Carnegie and M7D still have patent litigation pending against Fenix Diamonds in New York federal court. According to a Nov. 9 legal filing, Fenix’s diamonds are produced by an Indian company, Nouveau Diamonds LLP.

IIa Technologies’ and Pure Grown’s attorneys, as well as WD’s spokesperson, did not return requests for comment at the time of publication.

IIa Technologies has also faced patent litigation with De Beers–owned Element Six in Singapore. In a February ruling, a High Court of Singapore judge said that IIa had infringed on one of Element Six’s patents. The judge also ordered that another Element Six patent be canceled.