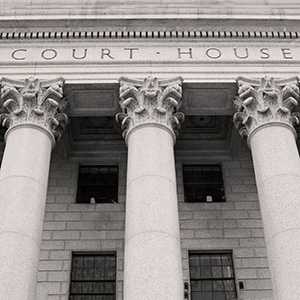 To grow diamonds, you need a lot of heat and pressure. And now, we’re seeing that on the legal front as well.

The patent relates to the production of diamonds using the chemical vapor deposition method.

In a statement, IIa said the company and its “lawyers are studying the judgment and will consider its next steps.”

“IIa Technologies has developed its proprietary process in the last 15 years and is proud of the work we have done to bring lab grown diamonds to the world,” said chief executive officer Vishal Mehta in the statement. “The current judgment will be considered in its entirety and then the company will take necessary steps to protect its interests.”

Element Six did lose on one claim. The court canceled its patent (SG 508) for treating CVD diamonds after growth, a process known as annealing. Thean found that past patents had documented much the same method.

Element Six said it is “considering its legal options with regard to this decision.”

Both parties have the right to appeal the rulings.

The litigation involved numerous disputes over discovery and evidence. IIa cast doubt on whether it produced any of the samples—but Thean said she was satisfied that the chain of custody had been backed up by invoices and paperwork. That particular issue led Element Six to file an ex parte action in New York federal court to obtain information from Pure Grown in 2018.

Thean said that, until February 2019, IIa declined to produce documents about one of its manufacturing methods, as executives said it used a “secret process” that had never been previously documented. The justice expressed skepticism that there was not a written record of this method.

It’s not clear how this will affect companies in the United States. De Beers spokesperson David Petrie said, “We would encourage retailers and distributors selling CVD LGDs in the U.S. (where we hold a similar patent to the Singapore one) to engage with their supplier as a matter of priority so they can be confident they are not at risk of selling material that infringes Element Six IP.”

It could also affect the three patent suits, filed in January, from Carnegie Institution of Washington and its licensee M7D, which does business as WD Lab Grown.

As with the Element Six suit, WD’s complaints claim six competitors—including IIa Technologies and Pure Grown—infringed on two of its patents, one for growing diamonds via CVD and one for post-growth treatment.

(WD’s lawyers said they were not aware of the ruling at press time, and De Beers’ Petrie said, “We don’t have any comment on any other companies’ legal actions.”)

Some in the lab-grown business feel that the ongoing legal threat seems to be adding to interest in “as-grown” (untreated) CVDs. When Signet entered the lab-grown business, it searched for diamonds grown with the high-pressure, high-temperature method, which are generally produced in China.

In any case, these actions may be followed by others, warned Element Six CEO Walter Hühn in a statement.

“This decision confirms the validity of our patent for the production of CVD synthetic diamonds, and we hold similar patents in many jurisdictions,” he said. “We will continue to be vigilant for any other potential infringement of our IP rights around the globe, and we will defend our rights vigorously—just as any company would—because protecting our ability to get a full return on our investment in R&D is vital to our future.”

And so the battles over lab-grown patents may be just beginning.