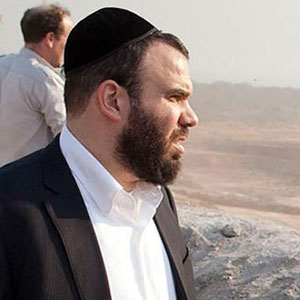 That’s on top of 19 Gertler-related entities that were sanctioned in December. OFAC also designated the 44-year-old billionaire a “sanctioned individual” at that time.

If an entity is the target of OFAC sanctions, U.S. citizens and companies are prohibited from engaging in transactions with those entities.

The Gertler-related entities are being sanctioned under the Global Magnitsky Human Rights Accountability Act, which authorizes the president to sanction individuals guilty of corruption.

In a statement, OFAC accused Gertler of “amass[ing] his fortune through hundreds of millions of dollars’ worth of opaque and corrupt mining and oil deals in the Democratic Republic of the Congo (DRC).”

It charged that the DRC lost more than $1.36 billion in revenues because of underpricing of mining assets that were sold to offshore companies linked to Gertler.

The media contact for Gertler’s family foundation, which was also sanctioned in December, did not respond to a request for comment. Previously, his lawyers told the International Consortium of Investigative Journalists that Gertler is “a respectable businessman who contributes the vast majority of his wealth and time to the needy and to different communities amounting to huge sums of money.”

“Treasury is sanctioning companies that have enabled Dan Gertler to access the international financial system and profit from corruption and misconduct,” undersecretary of the Treasury for terrorism and financial intelligence Sigal Mandelker said in a statement.

In a statement, nongovernmental organization the Enough Project praised the action, slamming Gertler as a “corrupt tycoon,” and called on the European Union to follow the United States’ lead.