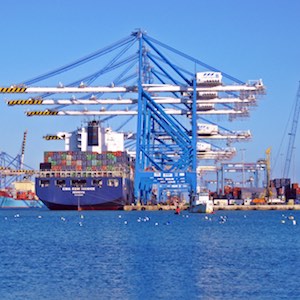 On Friday, the Trump administration said that it would postpone a planned hike in duties on $250 billion worth of Chinese products due to a reputed “phase one” trade deal with China. Today, it appeared that the “phase one” deal may not be as firm as originally reported, as China wants the administration to scrap other planned tariff hikes before it signs the deal.

In any case, even if this agreement does come to pass, it will not end the current trade war; it just signals that it might not continue to escalate. And regardless, until another deal is signed, jewelry products imported from China remain subject to 15% duties, as they have been since September.

JCK has gotten mixed reports on how the tariffs have affected the industry. But importers from China need to understand that tariffs are in effect on just about all jewelry-related products and to act accordingly.

“If I were in the jewelry business and I had different source countries, I would want to understand the implications of all this, so I can make decisions to mitigate my duty exposure,”  says David Sanders, a partner in Cassidy Levy Kent, a Washington, D.C.–based law firm that specializes in international trade and customs law. “It’s just smart business to figure this stuff out.

“Before all this, I have never had so many phone calls from CEOs, chief executives,” he says. “But now this affects their bottom lines. It’s become a huge issue. Whole industries are involved.”

So how you do minimize exposure to the tariffs? You can move manufacturing elsewhere. But Sanders says that isn’t always so easy.

“China is such a huge supplier in some categories. Moving a supply chain to another country depends on the level of complexity. You can’t just snap your fingers and move overnight. It’s not a simple thing, but it needs to be done on a case by case basis.”

Others try a less honest way: They simply export the item to another port and then say the item came from there.

There’s a word for that: transshipping. And if done with an intent to evade tariffs, it is illegal and carries both civil and possibly criminal penalties.

“It is outside the lines,” Sanders says. “It’s clearly prohibited.”

Sanders admits that, given the increased workload customs has had to take on, it’s not clear how much enforcement there will be of the rules against transshipping. But the Trump administration has vowed to crack down on it.

“Customs can and does enforce,” he says. “They have been a lot more focused on country of origin. The importers are legally responsible for all the information they provide.”

He says customs often uses historical information to determine if an importer is transshipping.

“If you have been shipping from China, and all of a sudden your imports come from Thailand, they may want you to verify that,” he says.

In some cases, part of a product may be produced in China—for example, a lab-grown diamond may be grown there—but the rest of it may be manufactured somewhere else, meaning it may be cut and polished in India.

Customs typically uses the doctrine of “substantial transformation” to determine country of origin and its rules can vary from item to item. Importers have to take “reasonable care”—another legal buzz phrase—to insure they are accurately reporting the origin of their goods.

Sanders says that if importers have any questions on how to handle these questions, they should seek counsel from attorneys who know trade law.

He notes that while sometimes vendors may offer advice, importers should not take it on face value.

“Vendors overseas may suggest things, like you should classify [goods] this way, and we’ll just put a different country on it,” he says. “It’s important for importers to understand from a legal perspective that if they introduce those goods into the United States, they are responsible for what they say. Their vendors are not. They may be just saying what is necessary to make that sale. Don’t just listen to what they are telling you. Do your homework.”