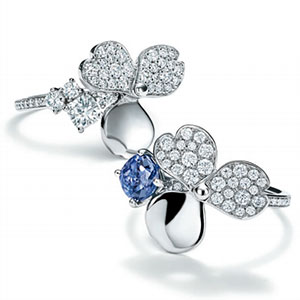 Tiffany & Co. said that comps in the Americas region rose 5 percent in its third quarter (ended Oct. 31), though they may have been higher if not for a drop in Chinese tourism.

“In the Americas, the growth went from 7 percent year-to-date to 5 percent in the quarter,” said CEO Alessandro Bogliolo on a conference call following the release of its financial results. “This we mainly attribute to Chinese spending. Because if we look at sales to domestic customers in North America, we have seen solid growth in the first two quarters and also in the third quarter…. We have seen no slowdown from local customers in the U.S.”

The decline in Chinese tourism, caused by that country’s slowing economy, dented Tiffany’s third-quarter sales across the board. Worldwide net sales increased 4 percent to $1 billion, and comps rose 3 percent. By contrast, in the prior quarter, net sales jumped 12 percent, and comps climbed 8 percent.

Wall Street generally considered the sales results disappointing, and the retailer’s stock sank to its lowest point in four years.

Third-quarter earnings were also hit by a heavier level of strategic investment, and they declined 5 percent to $95 million.

On the conference call, Bogliolo said that despite the lower-than-expected results, the company has been encouraged by the reaction to the changes it’s made to its products and marketing.

“The fundamentals of the business—local customers, traffic, conversion rate—are all positive throughout the geographies,” he said. “We have quite radically changed our communications [and] this was an area of concern to me. [But] we have seen increasing sales both to new customers as well as an increase to existing customers. This shows that the new messaging with the brand is resonating with new customers but is not alienating existing customers.”

He said that the response to its new Paper Flowers line (pictured) has been “encouraging,” and salespeople were enthusiastic about its new Tiffany True engagement ring, though the line is still new.

He later added: “In [the jewelry business], newness is extremely important when it comes to messaging, to driving traffic. It’s not so [important] when it comes to sales. That is different from fashion, where a new collection can represent 30, 40, or 50 percent of your sales. This is not the case with jewelry, where the strength of every brand are the pillars, iconic designs that remain successful for decades.… Most of our customers tend to buy iconic, existing products.”

Tiffany also announced in its 10-Q that its five-year legal battle against its former partner Swatch Group has ended, with Swatch the victor.

In December 2013, a Dutch arbitration tribunal ordered Tiffany to pay Swatch $449 million in damages, after their joint venture ended in recriminations. In 2015, Tiffany, which had expected to win the case, petitioned a Dutch court and had the award overturned. The case then went to an appellate court and Swatch got the award reinstated. Tiffany had one more forum left to appeal to: the Supreme Court of the Netherlands. On Nov. 23, the country’s highest court dismissed the appeal, and so the massive award stands.