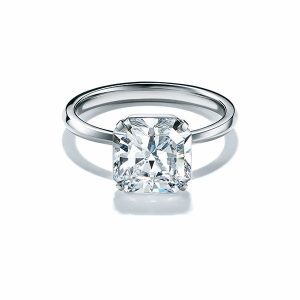 With Tiffany & Co.’s new Reed Krakoff-designed paper flowers  (and the accompanying Believe in Dreams ad campaign/dance party starring Elle Fanning) and plans for a store makeover on the horizon, not to mention the continued success of its one-year-old Blue Box Café, innovation seems to be Tiffany & Co.’s M.O. for the foreseeable future.

A palpable atmosphere of newness seems to be tickling every aspect of the brand, from its color-blocked tabletop and gift items to its elegantly subversive HardWear collection. Now the house turns its eye to the bridal category—core to its DNA since the debut of its famous Tiffany setting in 1886—with the introduction of a brand new engagement ring called Tiffany True. 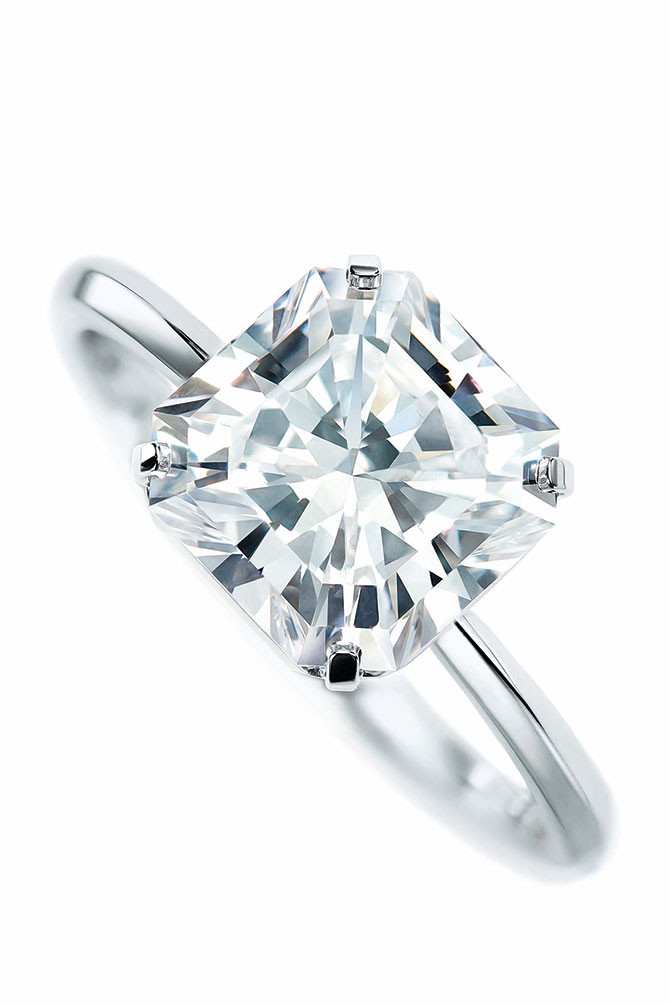 With geometric lines and ultra-fine details Tiffany True is intended to be a new representation of modern love.

It’s the brand’s first engagement ring debut in nearly a decade and the first designed by Krakoff, who was named chief artistic officer in 2017.

“We are introducing a supreme expression of modern love,” Krakoff said in a company statement.

Tiffany True is distinguished by an innovative new diamond cut devised by Tiffany & Co.’s team of experts. Technically it’s a “square mixed cut engineered for maximum brilliance,” according to the announcement, that “exposes more surface area on the diamond’s main facet, enhancing its luster through heightened contrast and dispersed light.”

The design of the ring itself sits low on the finger and favors strong geometric lines, with a beveled “T” subtly worked into the detailing, discreet streamlined prongs that blend seamlessly into the stone, and a delicate band. 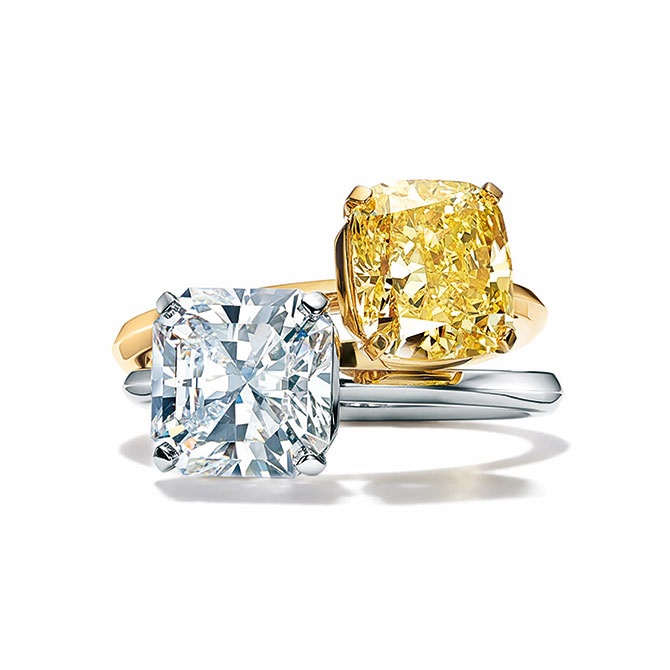 Tiffany True arrives in stores this month and nationwide in 2019.