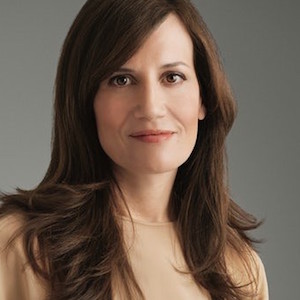 The chief brand officer position is a new one and represents an attempt to bring Tiffany’s marketing and merchandising functions under one roof. In her new role, Vitale will be responsible for overseeing and guiding Tiffany’s strategic merchandising and marketing initiatives. She will report to CEO Alessandro Bogliolo.

Until recently, Pamela Cloud served as the retailer’s chief merchandising officer. This week, Tiffany announced that role was being eliminated, and that Cloud, a 25-year Tiffany veteran, would be leaving the company.

Vitale joined Barneys in 2010 as chief merchandising officer and executive vice president of digital. In 2013, she was promoted to chief operating officer, and, in 2017, she took over as CEO. She resigned from the retail chain earlier this month, after Barneys’ intellectual property was sold to Authentic Brands Group following a bankruptcy filing in August.

Prior to joining Barneys, Vitale served as president and CEO of the Americas for Gucci. She has also worked for Armani and Ferragamo.

In an internal memo, Bogliolo called Vitale “a seasoned business leader with deep experience in luxury” who will have “a meaningful impact” on the brand.

“In her time at Barneys, Daniella was an arbiter of what’s on trend and was successful in balancing her intuition for product and impeccable taste level with a strong focus on consumer analytics to understand and predict consumer behavior,” he continued. “Furthermore, in addition to being respected for her product savvy, Daniella is known for her strong skills as a leader who is equally focused on both results and people. I am also excited to share that Daniella is someone who is very active in philanthropy, having received multiple awards for her charitable work.”