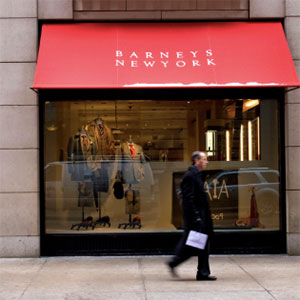 Iconic retailer Barneys New York, which filed for bankruptcy in August, has been sold to a conglomerate that plans to close all or most of its stores.

On Thursday, a bankruptcy court judge in Poughkeepsie, N.Y., approved the sale of Barneys to Authentic Brands Group, which plans to shutter at least most of Barneys stores and license the brand name to Saks Fifth Avenue.

Barneys had other suitors that might have saved some sliver of its brick-and-mortar business. But those deals ultimately fell through: A bid from a group led by Kith owner Sam Ben-Avraham was deemed unqualified in court, and a Saudi–Persian Gulf consortium of investors trying to cobble together a competitive bid never formally bid.

In a leaked email from Barneys CEO Daniella Vitale obtained and reported on yesterday by Business Insider, Vitale confirmed to Barneys employees that the court had approved Authentic Brands Group’s deal, and said that although the door was still open, the likelihood of another bidder stepping up before the 10 a.m. Friday deadline was “small.”

The New York Times reported that Authentic Brands Group’s plan “involves hitching the chain to another iconic retailer, with about 40 Barneys shops opening inside Saks Fifth Avenue stores.” And that the chain may also open a series of freestanding locations, including one in Boston and a new location in Greenwich, Conn.

Barneys’ unsecured creditors, which include luxury labels such as Gucci and Prada, had “urged the court to work with a buyer that would keep Barneys stores open, such as entrepreneur Sam Ben-Avraham,” reports the New York Times. “A lawyer for the creditors group at the hearing called Authentic’s offer ‘devastating’ and said parties including Ben-Avraham and David Jackson, head of an investment group that formerly owned Barneys, wanted more time to assemble a bid.”

Bankruptcy court judge Cecelia G. Morris, who approved Authentic Brands Group’s bid on Thursday, said at the end of the hearing, “I think we can all agree this is a very sad day.”

Indeed. Even if Authentic Brands Group keeps a store or two open, the majority of Barney’s roughly 2,000 employees will surely lose their jobs in the coming weeks or months.

There’s also the effect the coming liquidation of luxury fashion merchandise may have on the larger retail industry right before the holidays. Experts wonder if the ultra-low prices to come on bags, clothing, jewelry, and more will degrade sales of full-price luxury fashion this year.

The loss of Barneys New York—a retailer responsible for launching and immortalizing so many revered fashion brands and elevating the department store format to glamorous new heights—is both a sad loss and a sign of the times.