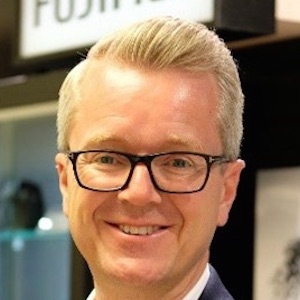 Signet Jewelers has appointed a new head of its United Kingdom division as well as a new chief communications officer.

On Sept. 2, Neil Old (pictured) took over as managing director of its United Kingdom division, which oversees the H. Samuel and Ernest Jones jewelry chains. He was previously chief executive officer at Jessops Europe Limited, a retailer of cameras and photography supplies.

Qurate is the parent company of HSN, QVC, and Zulily, and was formed in 2018 following the 2017 merger of the two shopping channels.

Rooney has more than 25 years of communications experience and has held high-level communications jobs at such companies as DuPont, General Electric, Comcast, and NBCUniversal.

“[Rooney] will be responsible for developing and leading an integrated communications strategy across Signet,” says Signet’s vice president of corporate affairs David Bouffard via email. “Under her leadership, we aim to elevate our communications for internal and external stakeholders, expand our positive relationships with opinion leaders in the media, and evolve our corporate social responsibility strategies.”

Rooney takes over from Carol Schumacher, who has served as Signet Jewelers’ chief communications officer since January 2018.