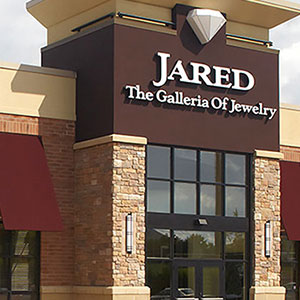 Earlier this week, the company announced it was closing all of its brick-and-mortar stores as a result of the outbreak. It then tapped $900 million from its existing credit facility for “further financial flexibility” and pledged “aggressive” cost-saving measures:

On the conference call, it spelled out some of those measures:

– It will further reduce its store footprint. “We will be closely analyzing every location in our store fleet,” said chief financial officer Joan Hilson on the call.

– It is reducing work hours and salaries for its store and support teams and furloughing some workers.

– Top executives—including Drosos, Hilson, and Jamie Singleton, president of its U.S. mall brands—will take a 50% cut in their salaries, which will be replaced by equity grants. Executives above the senior vice president level will have their pay reduced by 35%. An unspecified portion of top executives’ bonuses will be transferred into the Signet Team Member Relief Fund, which will provided grants to employees who have encountered financial or other hardship.

The board of directors’ retainer fees have been cut by 50% and replaced by common stock.

– Signet will suspend its dividend program for common shares and will pay its May quarterly dividend in preference shares rather than cash.

Existing marketing spend is either being canceled or shifted into digital. It plans a “virtual event” for Mother’s Day and just released a quarantine-themed campaign for Kay on social media.

Since its stores have been closed, “we are showing some strength in our e-commerce business,” Drosos said on the call. “But the jury is out on where all this will head.”

The move came as Signet announced “better than expected” results for its fourth quarter of fiscal 2020, which ended Feb. 2, about a month before COVID-19 began seriously hitting the United States.

Its bridal and fashion collections both did well, particularly the new Center of Me and Marilyn Monroe lines. Sales declined in watches.

But it also has concerns that go beyond COVID-19.

A new issue has arisen with its sub-prime credit portfolio, which it sold in June 2018 to two investment funds, CarVal Investors and Castlelake. The deal said the parties could elect to cancel the arrangement if the realized yield fell below a certain level.

It did, and on March 23, CarVal, which owns 70% of the portfolio, terminated the agreement. Two days later, Castlelake and Signet entered into a nonbinding memorandum of understanding that calls for Castlelake to purchase 100% of the funding obligations.

In addition, on March 16, the company agreed to pay $240 million to settle a consolidated shareholder class-action suit, which claimed, among other things, that executives misled investors by downplaying the seriousness of its credit and harassment issues.

Signet will pay $35 million toward the settlement, with the rest covered by insurance. The agreement remains subject to court approval.