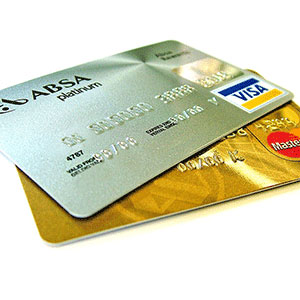 It’s hard to remember now, but for a few years Signet Jewelers seemed immune from the larger travails of retail. As mainstays like Macy’s struggled, Signet kept posting rising comps.

That changed last summer when Signet posted its first comp decrease in six years. Since then the retailer has grappled with the same problems as its cohorts.

What changed? According to executives, retail’s issues finally caught up with the company. That was also a period in which Kay fought negative—and I would argue, largely bogus—publicity about “diamond swapping.” (The more serious sexual harassment allegations received publicity later.)

But it was also a time when short-sellers shone a light on Signet’s credit policies. Which may have been key.

Signet has traditionally handled credit in house, and the company considered its decades of experience running its credit program a competitive advantage. But in recent years, handling credit in house has become unusual in retail. And when the numbers were presented, they were stark: Around 60 percent of its sales were done on credit. Fifty-five percent of those are considered prime accounts; the rest would likely be considered subprime.

One analyst, noting that Signet’s credit sales had risen faster than its regular sales, argued the situation could eventually pose unsustainable, like the housing bubble. Another said that Signet was “overstimulating their sales with easy credit… It’s nothing more than trying to meet expectations and bonuses.” (Signet denied this.)

Signet’s credit policies were also occasionally called into question, particularly its use of a legitimate, if mostly obsolete, scoring system called “recency,” which critics said underestimated the portfolio’s risk. The company was also caught engaging in the dubious practice of taking out life insurance on credit applicants.

Some also viewed Signet’s terms as onerous. According to creditcards.com, once Kay’s one-year-interest-free financing plan expired, the APR (annual percentage rate) jumped as high as 26.99 percent. Sister company Zale Corp., which outsourced its credit, set its APR as high as 29.49 percent.

This week, Signet announced that the Consumer Financial Protection Bureau and New York State attorney general were investigating the company’s credit policies. Signet has called any complaints “without merit,” but they are clearly another headache for a company that has lately withstood more than its share.

As a result of all this, Signet has changed its position on its credit; last year, after consulting with Goldman Sachs, it decided to outsource it. In October, it sold its prime accounts to Alliance Data Systems. It expects to find a buyer for the more problematic subprime portfolio, but so far none has been announced.

Signet has portrayed the decision to outsource as a win-win. The nearly $1 billion it received selling the prime portfolio was used to purchase R2Net, parent company of James Allen. It can now offer a “lease to buy” option which it didn’t before, and that might prove a better way to handle its riskier loans. Execs told analysts that they think the credit change will have no impact on comps.

Still, the transition to the new provider has already seen some bumps. It’s also not clear if Alliance Data will be more consumer-friendly. Credit card companies generally aren’t.

Signet has had a remarkable run since the turn of the century, culminating in its 2014 decision to buy Zale Corp., which turned it into the undisputed king of the jewelry hill. A lot of that stemmed from smart marketing and merchandising.

But some competitors think that easy credit played a large role too. “We never really understood what they were doing with their credit,” said the former head of a rival chain, who said that Signet regularly approved applicants other companies turned down.

Now everything’s changed. A new company is in charge of the prime book, and Signet’s old policies are under the microscope.  Clearly, in-house credit—and the flexibility that provided—was a large part of Signet’s success in its glory years. Now, as it struggles to regain its footing, it has to do without that key ingredient.