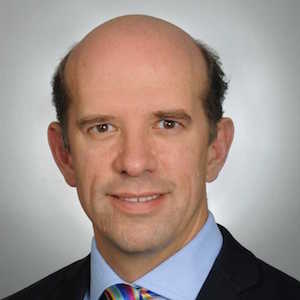 Sebastian “Seb” Hobbs (pictured), a U.K. transplant who has served as Signet’s president and chief customer officer since 2017, will step down from those roles, effective tomorrow.

The news was announced in a Signet SEC filing. Hobbs will continue to act as adviser to CEO Gina Drosos until June 30, the filing said.

Hobbs, who serves on the board of Jewelers for Children and the Diamond Empowerment Fund, joined Signet in 2011. Two years later, he took over its U.K. operations and enjoyed a successful run as its head.

Hobbs’ departure follows another internal reorganization last month, which elevated Jamie Singleton to the role of president of Signet’s Zales, Kay, and Peoples nameplates. Singleton and other team leaders will now report to Drosos.

Signet also announced plans to close 150 more stores in its upcoming fiscal year, after it closed about 262 over this year. A statement added that any store openings will be “limited” and primarily in off-mall locations. By the end of the fiscal year 2020, it expects to have reduced its store footprint by 13 percent over three years.

The announcements come as Signet unveiled another set of uneven financial results for the fourth quarter of fiscal 2019 (ended Feb. 2).

Same-store sales for the quarter fell 2 percent—a slightly higher decline than it saw over the holiday, where comps fell 1.3 percent. Comps for fiscal 2019 declined 0.1 percent.

The company blamed James Allen’s uncharacteristic declines on higher-than-expected negative impact from the Supreme Court’s decision on online sales tax, as well as a more competitive online jewelry marketplace. James Allen now collects sales tax on half its sales, and that number will likely grow in the next year, Drosos said on a conference call following the release of its financial results. She added the site hopes to boost its numbers by adding fashion product and service plans.

Despite this, Signet’s overall e-commerce sales rose 11.2 percent in the fourth quarter, while brick-and-mortar comps fell 3 percent. For the year, e-commerce sales jumped 39 percent to $682 million, and they now account for 10 percent of Signet’s sales.

Overall sales totaled $2.15 billion for the quarter (down 6 percent) and $6.2 billion for the year (down 0.1 percent). Signet’s revenue and earning-per-share number (3.96 cents) were considered better than expected, giving its stock a brief boost.

On the call, Drosos attributed part of the comp decline to “legacy” lines, like Ever Us and charms.

“Those are things we didn’t move out of from a product life cycle standpoint,” she said.

She said that the company is trying to develop predictive tools that will help it better understand where it stands in the product life cycle.

Drosos noted this is the first year that Signet will spend more on digital advertising than on television. The company has also hired new agencies to refresh advertising at all its North American banners.

As for future plans, Signet plans to leverage its Piercing Pagoda expertise and test piercing in several Kay stores in 2020, she added.

She said Signet sees female self-purchase as well as gifting for birthdays and other occasions as possible growth opportunities.

The company is also increasingly focused on cuts to boost its bottom line. In fiscal 2019, it realized $85 million of net cost savings, and it hopes to save another $60 million–$70 million this year, for a total $200 million– $225 million in savings by fiscal year 2021.

In its guidance for fiscal year 2020, Signet predicted that comps will either be flat or fall as much as 2.5 percent.