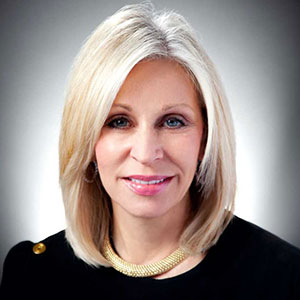 In its latest reorganization, Signet Jewelers has reshuffled its executive ranks and, for the first time, made longtime mall jewelry competitors Zales and Kay part of the same team.

According to an internal announcement, the new structure “updates” Signet’s reorganization from last year, which aimed to give each banner a “single point of accountability.” Now the three North American mall jewelry banners—Kay, Zales, and Peoples—will be overseen by a “mall leadership team,” though key executive functions will remain separate.

“While continuing to differentiate our banners remains paramount, bringing the two highest volume mall jewelers together creates a single strategic force, which, when working in tandem, will each better target specific customer journeys, create product trends, and better utilize our scale,” said the announcement.

A seven-year Signet veteran, Singleton is well regarded in the trade. Over the holiday, comps at the two nameplates she oversees—Zales and Peoples—rose, even as they fell at other divisions. Previously, she served as senior vice president and general manager of Piercing Pagoda, which has been posting positive comps for the last few years.

Singleton will continue to be based in Signet’s Dallas office, says spokesperson David Bouffard.

Luth, Caffie, and Singleton all report to Signet president and chief customer officer Seb Hobbs, as does Emma Hayward, head of the U.K. division.

The company also announced the appointment of Joan M. Hilson as chief financial officer, beginning April 4, the day after Signet reports its fourth-quarter financial results. She replaces Michele Santana, who has served as CFO since 2014 and announced her intention to step down last year.

Until this month, Hilson was executive vice president and chief financial officer of David’s Bridal. The new role represents something of a homecoming, as Hilson served as a controller to the vice president of finance for Signet from 1985 to 1992, according to her LinkedIn profile. She will report to CEO Gina Drosos.