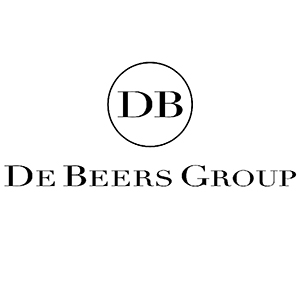 De Beers will promote its corporate name in a more high-profile way, now that the company has realigned its marketing and corporate affairs departments.

But the company now plans to associate the De Beers name with Forevermark, its wholesale diamond brand and diamond jewelry line.

“Before, we had four communications departments,” says Stephen Lussier, the company veteran who in the reshuffle has been named executive vice president of consumer markets, while remaining chairman of both De Beers Jewellers and Forevermark.

The restructuring will bring all the communications departments together, says David Prager, who has been named De Beers’ executive vice president and chief brand officer. It helps that the company can now use its name in a way that it couldn’t when its agreement with LVMH called for it to only be used for the jewelry chain. (De Beers bought out LVMH’s share in the venture in 2017.)

“It means that we don’t have to build a Forevermark brand,” Prager says. “We will build a purposeful De Beers brand, and then our sub-brands will reap the benefits of that.”

This will lead to a stronger association between De Beers and Forevermark.

“The immediate focus is how we get the De Beers name to work hard for Forevermark,” says Lussier. “We want Forevermark to draw as maximum a benefit from its association with De Beers as we can.”

That could include having Forevermark retailers carry De Beers–branded product, or possibly even have the De Beers stores stock Forevermark items.

“There will be more opportunities to look for areas to work more closely,” says Lussier. “They have different merchandise and different targets but where there is overlap, we are open to that.”

The larger idea is to make the De Beers brands more “purpose-driven,” as consumers increasingly seek meaning in the products they buy. De Beers soon plans to announce Building Forever, a new program that will commit the company to an ambitious set of environmental and social goals, including carbon neutrality.

“If you go back a decade with luxury goods, the functional and quality craftsmanship aspect was a big part of what a luxury brand stood for,” Lussier says. “They were also a badge of financial success. They let you signal wealth and status.

Still, he admits that the purpose-driven aspect doesn’t move product.

“You still need consumers to dream about diamonds and beauty,” Lussier says. “The responsible-sourcing part of the Forevermark offer is increasingly important, but it doesn’t mean that just because it’s having a positive impact, you buy it.”

Prager says that the COVID-19 pandemic has just accelerated these trends toward consumers seeking meaningful products.

“It’s like with the old videocassettes, you would press fast-forward, and you didn’t know where it would stop,” he says. “But you just knew it would be far ahead of where you were. When the world gets out of this, we will be in a different place.”

Now that the company is leaning so heavily on the De Beers name, it could run into the problem that not all consumer perceptions of De Beers are positive; some believe it is still a monopoly, a model it gave up 20 years ago.

“All our data shows that, overwhelmingly, the perceptions of De Beers are positive,” Lussier says. “There is some small percentage that have those feelings, as with any company that has been around for 100 years. Our view is that you need to be accountable for what you do. We are very positive about our story, and we believe that when consumers have issues, it is up to us to address that.”

There’s also the danger that, if marketing and social purpose become so intertwined, the marketing aspect will take over, and most of the social trappings will become just for show.

“In our view, bundling this together keeps everyone honest,” Lussier says. “It keeps the marketers honest. We feel this is a model for the future. You can’t have a brand that is saying one thing and doing another.”

One De Beers brand that won’t be part of this new repositioning: its lab-grown line, Lightbox.

“De Beers confers an association with natural diamonds,” says Prager. “We have always been extremely careful about not confusing consumers. There is enough confusion out there already.”