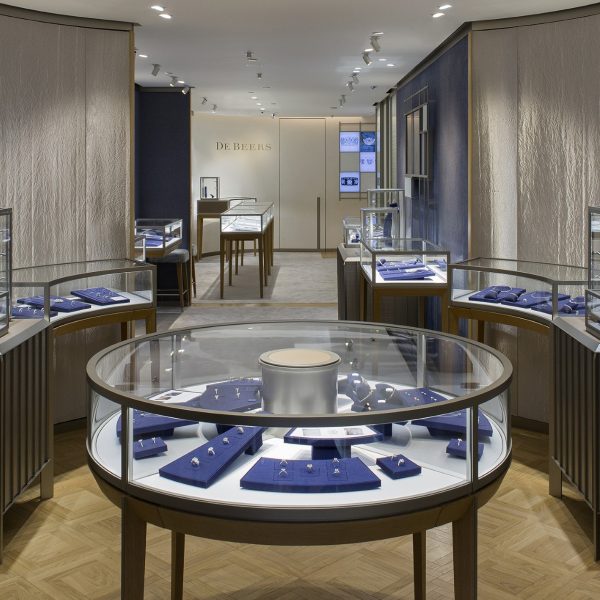 No price was given.

The diamond giant and luxury giant have been 50-50 partners in the joint venture since it was first announced in 2001. The chain, meant to take advantage of consumer awareness of the De Beers name, opened its first store in London that year.

Initial expectations were heady, with the partners reportedly kicking in $250 million apiece, and executives talking about opening as many as 150 stores.

But in the years since, those grand plans have been noticeably scaled back. The chain currently comprises 32 stores in 17 markets. Several of the stores it opened in the U.S. market—in Los Angeles, San Francisco, and Las Vegas—have closed, though it still operates in Houston and Naples, Fla. In December, it debuted a new flagship in New York City (pictured).

Asia appears to be giving the brand a better reception; in December, CEO Francois Delage told Bloomberg that the chain had logged “double-digit” growth in China.

Still, while De Beers has seemingly never wavered in its support of the venture, in 2014, a Royal Bank of Scotland report called the retail chain “sub-economic.”

In a statement, De Beers CEO Bruce Cleaver said that “more fully integrating the De Beers Diamond Jewellers brand and store network will enable us to deliver an even more differentiated diamond offering, alongside our fast-growing diamond brand, Forevermark.”