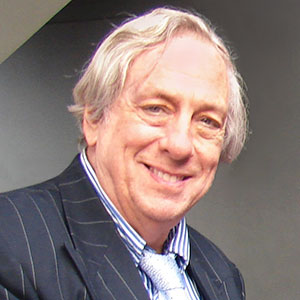 Russell Shor (pictured), the former JCK editor who served for 19 years as Gemological Institute of America’s senior industry analyst, has retired from the GIA, he announced last week.

“I have wanted to scale down for some time,” he tells JCK.

But he’s still open to freelance work and is already working with Roshem, a company that is looking at sustainable investments, including in the mining industry.

He also wants to set up his own site and blog a bit about the trade.

“I think I have something to say,” he says.

Anyone who wants to reach out to Shor can do so through LinkedIn or Facebook.

Shor started at GIA as senior industry analyst in 2001.

“My job role changed a whole bunch of times, but I kept the same title. It was vague enough that I didn’t have to change it,” he says.

He was originally hired to help the GIA expand internationally.

“When I came in, GIA only had two labs and a small number of international schools elsewhere—some of which were just licensed, we didn’t own them. It was essentially a domestic operation.

And yet, that effort never really kicked into full gear until 2006, when Donna Baker came in as president and chief executive officer.

Shor and others helped scout locations for the GIA labs in Mumbai, India, and Bangkok and later helped set up its labs in Hong Kong, South Africa, and Botswana.

“I am proud of what I contributed,” he says. “It really helped make GIA a much more international organization.”

In recent years, his role increasingly called on his editorial roots, as he helped the GIA’s burgeoning public relations efforts and wrote material for its revamped website.

He is also proud of the role GIA has filled in the industry.

“My time at GIA was great,” he says. “They had some great people to work with. The staff there is aware of the responsibility they have. They really take ethics seriously. They know what the GIA role is, and they are committed to that.”

Before coming to GIA, Shor worked for JCK for 19 years, primarily as a senior editor covering the diamond industry, where he won three Jesse H. Neal Awards for business journalism and five first-place awards for reporting from the New York Business Press Association.

He also served as editor-in-chief for New York Diamonds and Diamond World Review. He reminisced about his time at JCK for the publication’s 150th anniversary and on the anniversary edition of JCK’s podcast, The Jewelry District.